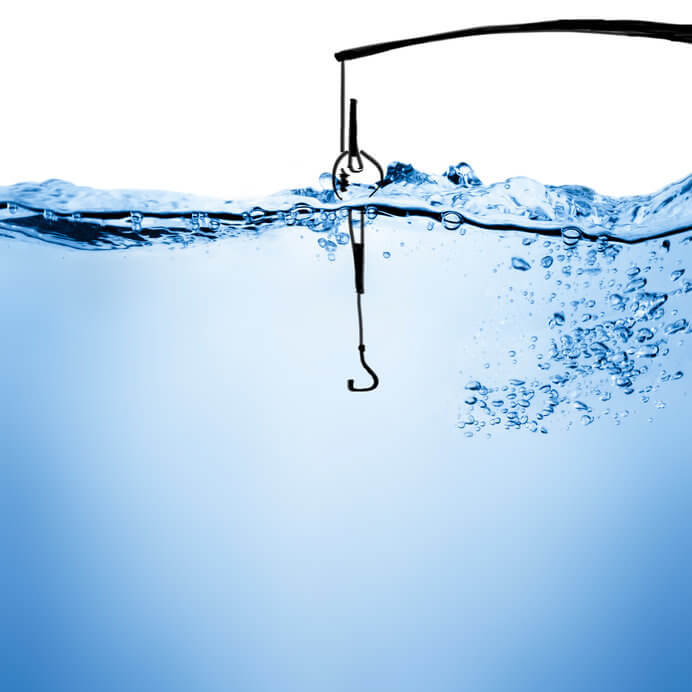 Section 236: Fishing Expeditions. If you are a creditor of an insolvent company or a bankruptcy, Oliver Elliot can help you. We Know Insolvency Inside Out.

The Section 236 Of The Insolvency Act 1986 Application

The Section 236 of the Insolvency Act 1986 application is not an application for ‘discovery’.

What Is A Section 236 Fishing Expedition Concept?

A Liquidator enters office as a relative stranger to the events of the insolvent company. It is axiomatic that he or she cannot put the jigsaw puzzle together without the pieces; those being the facts that a) led to the insolvency and b) could potentially give rise to returns to creditors.

Although it is not usually the Court’s role to police regulatory best practice, a Liquidator is required by virtue of Statement of Insolvency Practice Number 2 (“SIP 2”) to have in mind the need to ascertain, and if necessary investigate, what assets can be realised and consider as to whether prior transactions by an insolvent company, could give rise to an action for recovery.

Parties who may have something to fear of the Liquidator’s discovery of the facts, whether they are former officers or even former advisers, may look to raise allegations of unfocused so-called fishing expeditions. Such a characterisation might be made to seek to avoid making the disclosures sought by the Liquidator and dissuade the Liquidator from embarking upon an application for the appropriate production/examination order.

Liquidators who find themselves in this position may wish to consider the distinction between an application under Section 236 of the Insolvency Act 1986 and one for disclosure generally.

Section 236 of the Insolvency Act 1986 is the cornerstone of a Liquidator’s ability to obtain information: 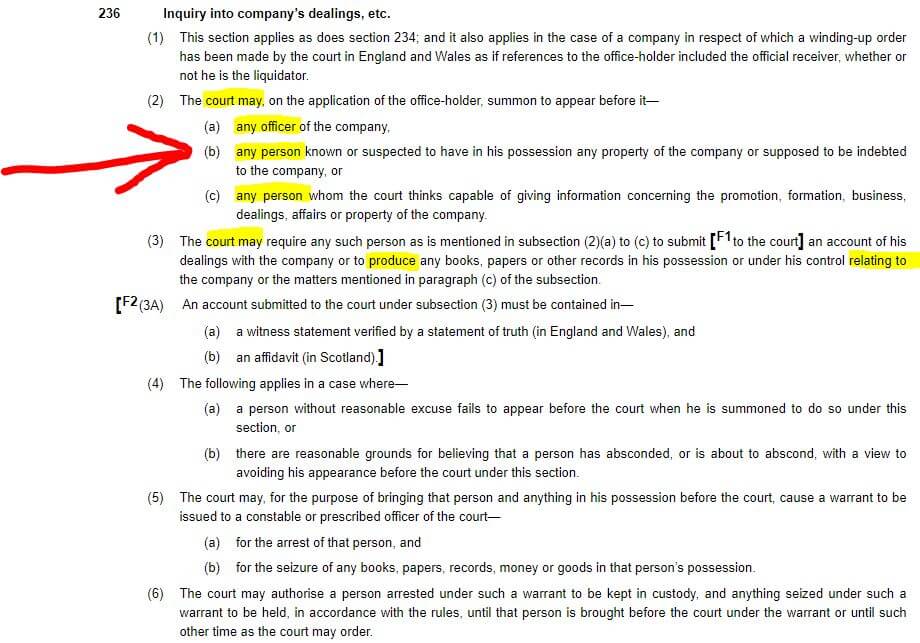 Re Bank of Credit and Commerce International SA

This was helpfully set out in Re Bank of Credit and Commerce International SA (in liq) (No 12),; Morris and others v Bank of America National Trust and Savings Association and others [1997] 1 BCLC 526 in which the following statement was made by the Court:

…there is (as Mr Sheldon submitted and as I accept) a basic and important distinction between the procedures which the court may order under s 236, on the one hand, and discovery on the other hand. Discovery (like other procedures to which accusations of ‘fishing’ may be pertinent, such as interrogatories and writs of subpoena duces tecum) is naturally constrained by and limited to issues which have, by then, been raised and pleaded in adversarial proceedings. The same is not true of applications under s 236, whose whole object (as Sir George Jessel MR said in Re Gold Co (1879) 12 ChD 77 at 85) is to enable the office-holders to find out facts before they bring an action (and, it may be, to discover that an action would not succeed).

Discovery Of Facts Not Engage In Speculation

It is important to recognise that a Liquidator, having entered office as a stranger to the relevant company’s affairs, is there to discover facts. He or she is not there to engage in avoidable speculation, guess or figure out the purpose of transactions when there is no need to do so.

Furthermore, the provision of incomplete information can hamper the discovery of such facts. If there is information that exists to explain the purpose of transactions and such information is property of the relevant company, then it should be provided to the Liquidator.

There are two cases that perhaps highlight the approach relevant to a Liquidator seeking to ascertain such facts about a company’s financial tranasctions.

Particularly when those facts are already known about, recorded or in the possession of the company or its former agents and officers, then the Liquidator should simply be provided with such information.

Digging Through The Vaults

Maximum And Not Minimum Information Requirements

For a stranger to understand the transactions and their purpose maximum, not minimal information is required.

In a case relating to Bankruptcy (which has a similar application), this point was notably highlighted in Brake v Guy & Ors [2021] EWHC 671 (Ch) that was set out in the post What Is The Purpose Of Section 366 Of The Insolvency Act 1986?:

Consistently with the policy behind section 366, that trustees in bankruptcy should have the maximum available information about the bankrupt’s estate

If you have any questions in relation to Section 236: Unfocused Fishing Expeditions Or Just Fact Finding Missions? then Contact Us as soon as possible for advice. Our expertise is at your fingertips.