In this article, we’ll consider what it means to be insolvent and unable to pay debts when they fall due.

In this guide you’ll learn: 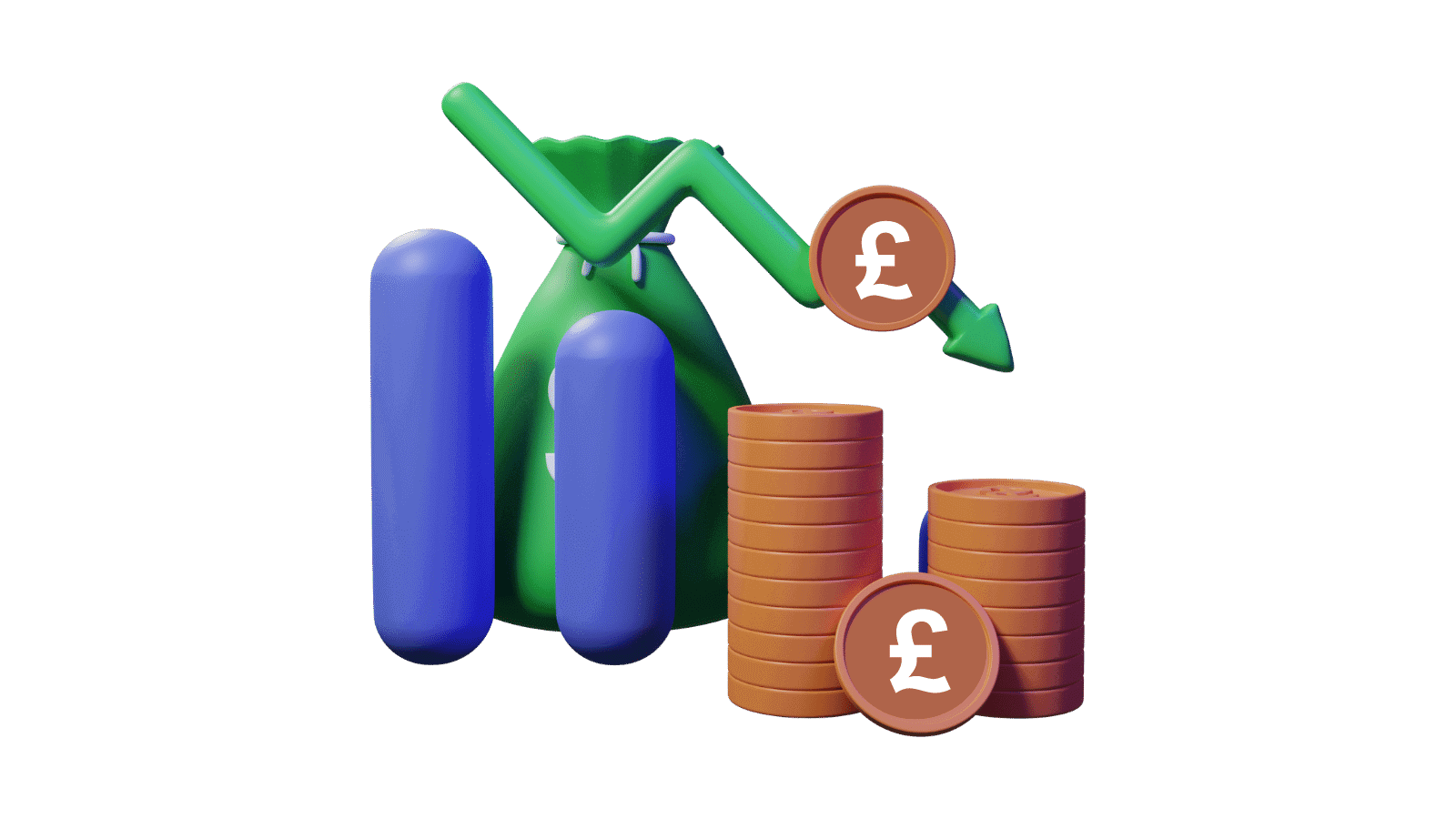 Are you thinking of closing your Limited Company?

Are you a Company Director looking for a solution to liquidate your company because you are insolvent unable to pay debts? Oliver Elliot can help you with both an insolvent or a solvent liquidation.

How To Dissolve A Company

There are two tests of insolvency.

There is the balance sheet test and the cash flow test. These are set out in Section 123 of the Insolvency Act 1986.

The tests were put to scrutiny in the case of BNY Corporate Trustee Services Ltd & Ors v v Neuberger [2013] UKSC 28 which referred to the following at paragraph 42:

Toulson LJ agreed with Lord Neuberger MR but expressed himself in a more guarded way. He agreed that Professor Sir Roy Goode had “rightly discerned the underlying policy” (para 115) but added (para 119) that Professor Goode’s reference to a company having “reached the point of no return because of an incurable deficiency in its assets” illuminates the purpose of the subsection but does not purport to be a paraphrase of it. He continued:

“Essentially, section 123(2) requires the court to make a judgment whether it has been established that, looking at the company’s assets and making proper allowance for its prospective and contingent liabilities, it cannot reasonably be expected to be able to meet those liabilities. If so, it will be deemed insolvent although it is currently able to pay its debts as they fall due. The more distant the liabilities, the harder this will be to establish.”

Sometimes the point of insolvency can be seen at an earlier date than for example looking at a balance sheet at a given point in time.

If a liability is unexpected and properly not known about, then it would appear that it can be excluded from consideration as it would appear unfair for hindsight in such an instance to be used to make such a determination.

There are a number legal cases considering this point which are referred to below.

In the case of Watchorn v Jupiter Industries Ltd [2014] EWHC 3003 (Ch) the following was said about the use of hindsight to identify the point of insolvency:

These were all matters which occurred after November 2008, but I do not consider that I should ignore them. Where, as here, I am able to judge the situation with hindsight, it is appropriate in answering the question “Was this company solvent?”, to look at what in fact happened and not at how hypothetically a set of directors might have viewed the matter on 11 November 2008, the date of the impugned transaction.

Unexpected later discovery of a liability, or later quantification of a liability at an unexpected level, may be excluded from consideration if the liability was properly unknown or seen in lesser amount at the relevant time.

In the first instance decision of this matter retrospective insolvency was considered – Lewis and Anor v Doran and Ors [2004] NSWSC 608:

However, as set out in the case of The Bell Group Ltd (in liq) v Westpac Banking Corporation (No 9) at [1118] the hindsight must not intrude when it could not have been known:

The banks submit that the phrase ‘without the intrusion of hindsight‘ (as used by Giles JA) is to be understood as a reference to the exclusion of matters that are supervening, unrelated or accidental (as discussed in the valuation cases) or that are events having no connection with the state of affairs as at the relevant date. This would include the example of the hopelessly insolvent person who wins the lottery. I think that the analysis places too narrow a construction on those words. It does not give sufficient ambit to the overriding question of relevance. To be admissible, the evidence must shed light on the state of affairs at the time and on what was, or ought then to have been, known about that state of affairs. For example, the reason why a later windfall from a lottery cannot be considered is not just because it is a supervening event, but because the event was properly unknown at the time and therefore can shed no light on the state of affairs.

HMRC Impact On The Point Of Insolvency

It is not uncommon for accounts and tax returns of an insolvent company to fail to satisfy the statutory reporting and filing compliance deadlines. In such instances coupled with incomplete records, this might mean that a company’s own compliance failures may infect and cloud transparency as to the point of insolvency. Once the insolvency arises a Liquidator or Administrator may be hampered from remedying such compliance failures.

As a result, the available accounting or other records might mean that the point of insolvency that is evidentially available to be proven might be unsatisfactorily delayed in the timeline. Had such records either been available or capable of being reconstructed, then a point of insolvency at an earlier date in that timeline might have been ascertainable.

The point of insolvency is important because once a company is deemed insolvent the transactions into which it entered thereafter are capable of scrutiny and conceivably could be unwound by a Liquidator.

In general terms, Directors as part of their wider Director Duties ought to be aware that they might not be able to offload such matters and simply assume to seek to rely upon professionals that they might have instructed. The circular irony here is that such professionals themselves may notably often rely heavily upon what the Directors tell them! This can lead to the unhappy theme potentially of “garbage in: garbage out”.

The standards by which a Director might be judged was notably highlighted in the case of Raithatha v Baig & Ors [2017] EWHC 2059 (Ch) at [33] when the following was broadcast:

There are some fundamental standards by which a director of a company should be judged. This is evident from Secretary of State for Trade and Industry v Baker [1999] 1 B.C.L.C 433 where Parker J explained:

“Directors have, both collectively and individually, a continuing duty to acquire and maintain a sufficient knowledge and understanding of the company’s business to enable them properly to discharge their duties as directors. Whilst directors are entitled (subject to the articles of association of the company) to delegate particular functions to those below them in the management chain, and to trust their competence and integrity to a reasonable extent, the exercise of the power of delegation does not absolve a director from the duty to supervise the discharge of the delegated functions.”

Similar observations were made by Lord Woolf MR in Re Westmid Packing Services Limited [1998] 2 BCLC 646. It can be observed from the decision of Mr Justice Parker that part of the modern landscape of corporate responsibility is to place on directors the obligation to ensure adequate monitoring and supervision of delegates. In some circumstances a director is required to adopt a positive role in supervision or will otherwise be deemed to have allowed the company to trade in such a way that is detrimental to stakeholders: see Anton Taylor v Secretary of State [2016] 2 B.C.L.C. 3. The requirement extends to non-executive directors: Lexi Holdings Plc (In Administration) v Luqman [2009] BCC 716 where there was a failure through inactivity and failure to question the executive directors.

In my judgment the duty of the Directors to acquire and maintain sufficient knowledge and understanding of the Company’s business to enable them to discharge their duties as director, is inescapable. It may seem harsh on the facts of this case that an incoming, inexperienced director should acquire the necessary knowledge and understanding of the Company’s operations, and ensure that it is compliant with issues as wide ranging as trading standards, health and safety and taxation. The standards required of a director to discharge the duties are higher perhaps than at any time in the past. It is not sufficient to simply delegate tasks in a small/medium sized enterprise. Neither is it sufficient to claim inexperience or lack of knowledge. The combined oral and written evidence given by DH demonstrates that the Directors (i) took appointments as a direct result of the financial mismanagement of the previous directors; (ii) had assumed that all matters concerning taxation were or had been dealt with by the previous management, and there was nothing to do in respect of accounts or taxation other than leave the situation as it existed at the time; (iii) did not ask the accountants whether VAT was payable on supplies; (iv) had assumed the accountants would advise the board of directors on any issue relating to financial management including taxation; but also (v) assumed the Company had an exemption from VAT.

The Directors were not required to obtain the specialist knowledge of an accountant but needed, in my judgment to ask if the Company had an exemption for VAT rather than assume the situation. Reliance on the accountant’s silence demonstrates, objectively, a lack of care, skill and diligence.

Almost all company transactions have some form of potential tax implication. It therefore follows that material transactions could conceivably tip the solvency balance on a hindsight basis when looking to pinpoint the date of insolvency.  Such an example might be material monies extracted for the benefit of shareholders or directors. It might be risky for directors to suggest that they were unaware of the tax consequence in view of what was said above about the duty to monitor and appraise themselves about financial performance.

For those reasons returning to the decision of Watchorn v Jupiter Industries Ltd [2014] EWHC 3003 (Ch) referred to above, it is conceivably important to look at what did in fact happen and not simply how directors may have viewed matters. As an example, if directors extract funds from a company for their benefit that they cannot show to be something other than a loan which could or should trigger a Section 455 corporation tax liability, then from the vantage point of looking at the point of insolvency, they may struggle to argue that such a tax liability should be ignored from the ‘insolvency’ calculations, even if at the time of the said extraction it was not in their thinking.

Indications Of Insolvency And Being Unable To Pay Debts

If you have any questions in relation to Insolvent Unable To Pay Debts then Contact Us as soon as possible for advice. Our expertise is at your fingertips.