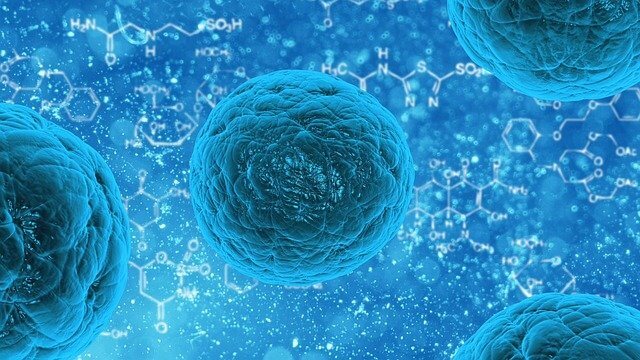 How To Avoid A Bankruptcy Order – Illness Case Study

Are you an individual looking to avoid a Bankruptcy order?

If you are an individual seeking to avoid a Bankruptcy Order or someone looking to help an individual appeal? Oliver Elliot can help you address your concerns.

How To Avoid A Bankruptcy Order when an individual lacks the capacity to engage properly in litigation.

How To Avoid A Bankruptcy Order flows from the case of Kumar v Hellard [2021] EWHC 181 (Ch). Mr Kumar had been made bankrupt on the petition of an Insolvency Practitioner, Kevin Hellard, who was the Liquidator of Highfield Distribution (UK) Ltd.

How To Avoid A Bankruptcy Order When Suffering From Dementia

Mr Kumar was suffering from Dementia.

It was suggested that the petitioner might have glossed over the issue notwithstanding that the Court dealing with the appeal of the Bankruptcy Order thereafter said that there was a real issue as to Mr Kumar’s capacity to undertake litigation and that he appeared in need of a litigation friend as a result.

What Did The Court Say? How To Avoid A Bankruptcy Order

The Court hearing Mr Kumar’s appeal against the Bankruptcy Order had much sympathy for his position:

Although not identified in terms in the appellant’s grounds of appeal, which were prepared by the appellant in person (where it is simply said that the order ought not to have been made in the absence, at the hearing, of Mr Kumar), the real basis for this appeal, as identified by Mr Timothy Becker (of counsel), who appears for the appellant, is that, on the material before the district judge, a real question had been raised as to the appellant’s litigation capacity. I am satisfied that the appeal should be allowed on that basis.

Before the district judge, there was a letter (unsigned) purporting to come from the appellant, although possibly written by his daughter (who holds a Lasting Power of Attorney for her father) dated 15 December 2019. That letter stated that the appellant was currently suffering from Alzheimer’s disease. The letter indicated that there was a further consultant’s appointment on 6 January 2020. The writer referred to the appellant’s poor state of health and said that, as a result, he would be unable to attend court. The letter asked the court to adjourn the hearing fixed for 19 December to the first available date after 1 February, which should give ample time for the appellant’s consultant to advise, as necessary, in writing after his next consultant’s appointment on 6 January. That letter was accompanied by a number of documents. There was a letter indicating that the appellant had been due to have a meeting with his consultant on Friday 11 October 2019. There was the report of the assessment on that day, apparently from a trainee doctor, Dr Gerard, which confirmed to the patient and his family that Mr Kumar had Alzheimer’s disease. That letter was dated 6 November 2019.

There was also a letter, apparently from the appellant’s general practitioner, Dr Faye Dannhauser, dated 18 October 2019, recording that the writer was in receipt of Mr Kumar’s full medical record, that he had been seen in a memory clinic in 2016, and that he had been diagnosed with dementia in November 2016. It stated in terms that he had lacked capacity at that time to attend court and lacked the ability to retain information. It said that he had been referred again to the memory clinic. The writer did not anticipate that his condition would have improved since 2016. There was also a statement of unfitness for work for a period of six months from 18 October 2019. All of that evidence raised serious questions as to the appellant’s litigation capacity. That letter to the county court was dated 15 December. It was apparently referred not only to the court but also to the solicitors acting for the petitioning creditor, Blake Morgan. They wrote to the court on 17 December in response to the appellant’s letter to the court of the 15th in which he had requested an adjournment on medical grounds. Blake Morgan made it clear that they did not agree to the adjournment for the following reasons: (1) there was no clear evidence currently before the court that Mr Kumar will be unable to attend; (2) the letter is unsigned; (3) the letter is not a formal application for an adjournment; and (4) the solicitors submitted that the matter should be addressed, if at all, at the hearing given its proximity and the time Mr Kumar had had to raise the point before then, as was clear from the dates on the letters he had provided.

I am entirely satisfied on the evidence that is before the appeal court that, on the evidence that was before him, the district judge should expressly have addressed the issue of the appellant’s litigation capacity. Had he done so, he would have formed the view that there was a need for a litigation friend and that no steps should be taken in the bankruptcy proceedings without the court’s permission until a litigation friend had been appointed.

What Was The Position On Costs?

The Court determined that the petitioning creditor who had sought the bankruptcy order had to pay the costs of the Official Receiver:

If you have any questions, queries or concerns in relation to How To Avoid A Bankruptcy Order, then Contact Us as soon as possible for advice. Our expertise is at your fingertips.