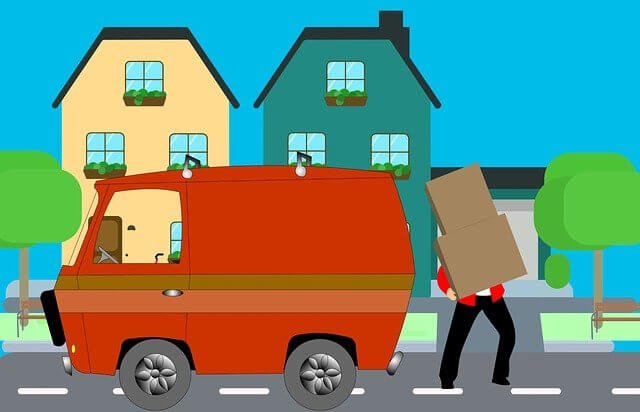 By Elliot GreenFebruary 9, 2021No Comments

Are you a debtor concerned about your family home?

If you are a debtor or a family member where bankruptcy could arise, Oliver Elliot can help you address your concerns arising from such a situation. Are you looking to delay the sale of a bankrupt’s home?

Delay Sale Of Bankrupt’s Home: Exceptional Circumstances can be examined by consideration of what are not ‘exceptional circumstances’ as suggested in this case.

Delay Sale Of Bankrupt’s Home is a post following the judgment in the matter of Lyle & Anor v Bedborough & Anor (Rev 1) [2021] EWHC 220 (Ch) which looked at the following matters concerning a bankrupt’s interest in the matrimonial home:

This case was an application under Section 339 and 423 of the Insolvency Act 1986 to set aside transactions concerning a residential property in Uxbridge. It is a good case to look at to consider the typical issues that can arise in a marriage when the matrimonial home can become threatened due to the insolvency of one of the married parties.

It potentially demonstrates the impact on inconsistencies when such parties seek to rely upon seemingly conflicting accounts.

The Oral Agreement After The Divorce Ultimatum

It would seem that an agreement was entered into orally between the bankrupt and his wife in 2008 in which his interest in the matrimonial home was transferred to her. That agreement appears to have been based on the fact that if the bankrupt did not agree to the same his wife would divorce him and seek to obtain a property adjustment order in divorce proceedings.

The Declaration Of Trust

Notwithstanding that position, in December 2012 they entered into a declaration of trust whereby the interests in the property were held 5% for the bankrupt and 95% for the non-bankrupt spouse.

The court recorded that the case’s complexity arose because of the agreement that was made orally in 2008, which it seems the bankrupt and the non-bankrupt spouse argued gave rise to a constructive trust and which they said impacted upon the beneficial interest in the property at that time.

The Relevance Of The 2008 Oral Agreement

The reason that the 2008 Oral Agreement was relevant was that it arose more than five years before the date of the bankruptcy petition and therefore was not deemed to be at a ‘relevant time’ for the purposes of Section 341 of the Insolvency Act 1986 with the consequential effect that Section 339 of the Insolvency Act 1986 (being a transaction at an undervalue) was argued not to apply.

On the other hand, the trustees in bankruptcy argued that there was no effect of the 2008 Oral Agreement. But if they were wrong about that they then relied upon an alternative position that Section 423 of the Insolvency Act 1986 applied, and as such there would be no time limit. The Court rejected the reliance upon Section 423.

The judge made a finding that in relation to the non-bankrupt spouse spending £50,000 of her inheritance on home improvements in 2002 and 2003, that nevertheless, she had not made a legally enforceable loan to the bankrupt in respect of the same. The rationale behind that was that they appeared to approach marriage as a joint enterprise instead of separating assets between themselves.

The judge, in this case, considered it significant that the 2012 Declaration of Trust did not refer to any agreement or compromise reached between the bankrupt and the non-bankrupt spouse in 2008.

Decision On The 2012 Declaration Of Trust

In this case, the 2012 declaration of trust was set aside and the matter moved on to consideration of the form of order.

Although the non-bankrupt spouse put forward details of a medical condition the house had not been adapted to take account of the same.

Other exceptional circumstances were put forward by the non-bankrupt spouse including the position that two children lived at the property who would not reach the age of 18 until 2022 and would be unable to walk to school as they currently do if they moved to a new location.

The court did not consider these reasons put forward amounted to exceptional circumstances and upheld the usual position that the interests of creditors outweighed other considerations:

I have concluded that neither the issues associated with the business nor those with the Bedboroughs’ children, their schooling, and their cramped living arrangements amount to “exceptional” circumstances. All are simply aspects of the fact that, if the Property is sold, the Bedboroughs might not be able to afford to live in a comparable home in the same neighbourhood. While that of course engenders sympathy, it will frequently be the case whenever a property is sold following a bankruptcy of one of its co-owners.

Nor do I consider that Mrs Bedborough’s illness amounts to an “exceptional circumstance”. I concluded that she would suffer from her symptoms wherever she lived. There is no suggestion, for example, that the Property has been specially adapted because of her illness. Therefore, while I will take her illness into account, together with all other factors, in deciding the timescale within which to order a sale, I do not consider it is an “exceptional circumstance” that causes the interests of creditors to cease to outweigh other considerations. The creditors’ interests, which predominate, require the Property to be sold at some point and that is the case even if (as has been suggested but not proved) the proceeds of realisation of Mr Bedborough’s estate will be swallowed up by the costs of the bankruptcy.

I will, therefore, make an order for possession and sale of the Property.

If you have any questions, queries or concerns in relation to Delay Sale Of Bankrupt’s Home: Exceptional Circumstances and Divorce Ultimatum, then Contact Us as soon as possible for advice. Our expertise is at your fingertips.