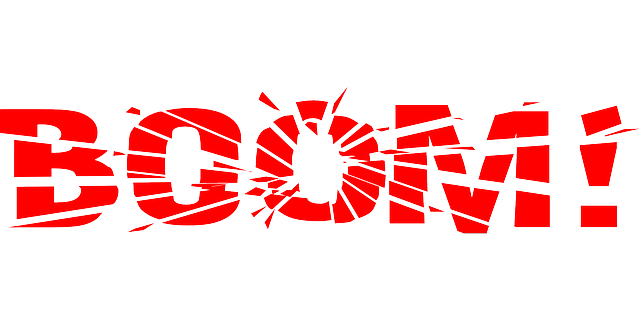 How To Avoid Expensive Director Liability

When dealing with a Liquidator non-cooperation can sometimes be a very expensive outcome for a Director who does not comply with their mandatory statutory obligations.

How To Avoid Expensive Director Liability

This post should perhaps be called How To Avoid A ‘Fantastically’ Expensive Director Liability such was the pyrotechnics that appears to have arisen from the numbers in this case.

This was a case in which the Liquidator sued two company Directors. She got judgment for over £800,000. Notably the unconnected creditors of the Company in liquidation amounted to around c.£116,000.

Yet again following a run of recently reported cases in which Liquidators have sued Directors for receipt of monies from their companies, such as Wow Internet and BM Electrical Solutions, an absence of company records and withholding information does not appear particularly helpful to Directors. Perhaps Directors should be aware that an absence records does not prevent their reconstruction by a liquidator, particularly given the powers available to them. The Court noted the following:

When the directors failed to provide any books and records, the Liquidator’s train of enquiry, starting with the bank statements and the limited accounting information filed at Companies House, raised more questions than they answered. The Respondents continued to withhold information even after the Liquidator commenced proceedings.

The Liquidator advanced a position that the costs, expenses and unconnected creditor claims amounted to £421.324.40. We must also not forget the Liquidator’s legal costs. A payment on account of £68,000 was ordered in respect of the same.

It appears that the Directors here could be heading towards a final bill overall of up to and indeed over, four times the level of unconnected creditor claims. This does not appear to have gone unnoticed by the Court:

I commented in my judgment, delivered in open court, that the uncommon feature throughout this case, is that beyond relatively small amounts which appear to be due to third party creditors, the only parties who claim to be significant, unpaid creditors of the company are the Respondents. The costs and expenses incurred by the Liquidator might well have been avoided if she had been provided, from the start, with the Respondents’ full cooperation, if they had delivered up such books and records of the Company as they held, including the accounting records and bank statements showing the ultimate destination of Company funds which were transferred to Mr Adam’s personal account together also with information regarding third parties who held other such records.

From the point of view of Directors if you have received company monies and the Liquidator asks you to hand over the company records, hand them over. You are highlighting matters if you do not. You generate uneasiness and disquiet if you withhold information. Don’t do it. It is not in your interests, not consistent with your legal duty and it is unlawful.

Liquidators can obtain company bank records with alacrity and without having to deploy their forensic or Stakhanvoite skillset. Hand them over. Otherwise, in a case such as this one when the assets (inclusive of claims) exceed the unconnected liabilities, it is you (the Directors) who could end up paying all the costs of liquidation ie. you could end up in effect paying for the liquidator to sue you, along with your own legal costs. Aside from the Directors representing themselves, this is what appears to have happened in Care Community.

What was useful in this case from a liquidator’s point of view was the recognition that rather than speculate about the future costs and expenses of the liquidation, given the judgment debt exceeded the full deficiency, the Court afforded the liquidator an interim award.

Often liquidators can be awarded a sum at the final hearing and get stuck with it. This case appears a sensible way of dealing with future unknowns that can arise.

It looks as if with the connected creditor claims there is some way to go with potential for more costs and litigation in this case but what was also noted was the matter of some separation of creditor claims and the relief therefore sought from the Court’s oversight of the misfeasance type claims in the first instance which culminated in the following points in the judgment:

“it remains possible that further creditors will prove in the liquidation and/or existing creditors may submit amended proofs of debt. It is likewise possible that the liquidator’s costs and expenses of the liquidation may increase somewhat to reflect additional work undertaken reviewing further material that may be submitted to substantiate the First Respondent’s Proof of Debt”.

There is no evidence before the court of the extent to which the Liquidator has received or scrutinised Third Party Creditor claims. She would not be obliged or necessarily expected to do so having not yet advertised for final proofs. Mr Adam submits that no claim should be allowed in respect of the CQC or Peninsula as they relate to periodic or instalment payments falling due after the date the Company ceased to trade. However, matters may not be as simple as that: the Company’s liquidation may have triggered contractual default damages or accelerated payment provisions which can properly form the subject of the creditor’s proof.

I commented in my judgment, delivered in open court, that the uncommon feature throughout this case, is that beyond relatively small amounts which appear to be due to third party creditors, the only parties who claim to be significant, unpaid creditors of the company are the Respondents. The costs and expenses incurred by the Liquidator might well have been avoided if she had been provided, from the start, with the Respondents’ full cooperation, if they had delivered up such books and records of the Company as they held, including the accounting records and bank statements showing the ultimate destination of Company funds which were transferred to Mr Adam’s personal account together also with information regarding third parties who held other such records.

When the directors failed to provide any books and records, the Liquidator’s train of enquiry, starting with the bank statements and the limited accounting information filed at Companies House, raised more questions than they answered. The Respondents continued to withhold information even after the Liquidator commenced proceedings. Mr Adam left it as late as just a few days before trial before he sought to justify some of the transactions in a witness statement which I refused to admit in evidence. Acting fairly, the Liquidator nevertheless deducted from her claim amounts which exhibits to the witness statement demonstrated were payments made on the Company’s behalf as legitimate Company expenditure.

As the Respondents’ breach of duties and lack of cooperation greatly exacerbated the Liquidator’s costs and expenses, I held that the amount of the Judgment Debt that may be enforced against the Respondents should include those costs and expenses. The majority of her time charges have already been incurred and it is clear that further time will need to be spent dealing with the admission or rejection of proofs, distributions to creditors, enforcement of the Court order and the preparation and submission of final receipts and payments accounts.

Taking all these factors into account, I shall make an order in the form of the sealed order served by the Court with this judgment which is made in expectation, as stated by the Liquidator, that she obtains a resolution for her remuneration to be charged on a time-cost basis. In the event that such a resolution is not made by creditors, she will need to apply to court for directions pursuant to the liberty to apply provisions of the order:

i) If and to the extent not already undertaken, the Liquidator shall investigate, at proportionate expense, the points raised by the First Respondent in relation to the claims of HMRC, CQC, Peninsula and if a claim is submitted by or on their behalf, the Company’s employees;

ii) The First and Second Respondents shall make an interim payment to the Liquidator of £360,000 (“Interim Payment”) which takes into account her claim for incurred and anticipated time costs and expenses together with the amount so far claimed in the liquidation by third party creditors, plus interest and an amount in respect of anticipated employee claims, bearing in mind that a RPS claim is likely. The Interim Payment shall be on account of the Judgment Debt.

iii) A payment on account of £68,000 in respect of the Liquidator’s costs of the proceedings. As there has been a short delay in providing the final form of order and as the Respondents were not represented, I shall extend the time for payment of the interim costs order to 14 days from the date of the final form of order, so that they shall be paid on or before 21 December 2020.

iv) As provided for in my judgment, to hasten the conclusion of the Company’s liquidation, Mr Adam shall have until 4pm on 21 December 2020 to serve on the Liquidator all and any evidence to support his claim to be a creditor of the Company for £1,620,667, after which, absent an order or the court or the Liquidator’s consent, he shall be precluded from relying on any further evidence in relation to the claim. Mr Adam stated in his written submissions:

“I have already substantiated my Proof of Debt in the hearing but this has not been looked into. What is the proof of debt likely to achieve as this hearing has already been concluded. There is no logic of the relevance in providing proof as it will be unnecessary with further costs to be incurred by the Applicant and the Court should minimise any such further time or costs to be thus incurred. The Court has disregarded the respondents’ debt and concluded matters without referring to the respondents’ debt, the Court should therefore not include any requirement for proof to be made for the respondents’ debt. I request that no such provision is made in the Order or a timetable to be set for me to substantiate my proof of debt which are all unnecessary.

I shall include the intended provision, qualified by the words, “if they so choose” and it will be for the Respondents to consider whether they wish to take any further steps to support or withdraw their own proof.

v) There shall be liberty for the Liquidator to apply for a final order, specifying the balance which may be enforced against the Respondents once she has concluded her further investigations, advertised for and adjudicated upon final proofs.

If you have any questions, queries or concerns in relation to the question How To Avoid Expensive Director Liability then Contact Us as soon as possible for advice. Our expertise is at your fingertips.