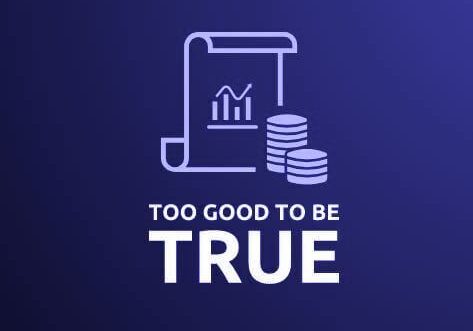 Tax Avoidance: Too Good To Be True?

This post “Tax Avoidance: Too Good To Be True?” arises by virtue of what Mr Michael Green QC sitting as Deputy Judge of the Chancery Division had to say in the opening line of Chalcot Training Ltd v Ralph & Anor [2020] EWHC 1054 (Ch) (“Chalcot”):

The old adage “if it seems too good to be true, it probably is” is particularly applicable to the tax avoidance scheme entered into by the Claimant company, Chalcot Training Limited (the Company) which is the subject matter of this case (called hereafter the E Shares scheme). Even Ms Susan Stoneman, one of the Defendants but also the sole shareholder and director of the Company, said in her witness statement that it seemed to her at the time “a little too good to be true”. The E Shares scheme purported to avoid all corporation tax, income tax and national insurance contributions (NIC) on monies paid out by the Company to Ms Stoneman and her ex-husband, Mr Matthew Ralph.

What is it about tax avoidance schemes? Are they worth it? HMRC enquiries, HMRC investigations, penalties, assessments, determinations etc that can arise as a consequence?

They seem to routinely risk becoming expensive for the taxpayer, potentially more so than the proposition that the taxpayer pays the tax on income or dividends in the usual way. Only yesterday a case report which can be read in the post “Don’t distance yourself from your taxes because…” highlighted potential problems that tax avoidance schemes can present even after a company enters insolvent liquidation.

Such appears to be the temptation of tax avoidance schemes (which frequently warn the users of the risks of retrospective legislation) that it seems on reflection a variation of that old adage might arguably be in order, perhaps by the adoption of some of the words from Frankie Valli.

In the case of Chalcot you can probably skip straight to paragraph 293 where he says:

For the reasons set out above, I dismiss both actions.