Insolvency Practitioners instructing solicitors may not have total freedom of choice as to who they can instruct at all times.

Generally, the Court will not intervene except if there is a clear conflict of interest issue that is prejudicial to the general body of creditors because insolvency is a class remedy. What does that mean?

Well, it means that the duty owed by the Insolvency Practitioner is to the creditors as a whole and not to each creditor individually.

However, there are cases in which the Insolvency Practitioner will need assistance with legal matters and therefore need to instruct solicitors to provide legal advice, draft legal agreements and resolve disputes as a result of litigation or that need to be litigated.

Potential conflicts of interest can arise when an Insolvency Practitioner instructs a solicitor if they have acted for and or continue to act for any of the key stakeholders in insolvency cases such as Directors, Debtors or Creditors. 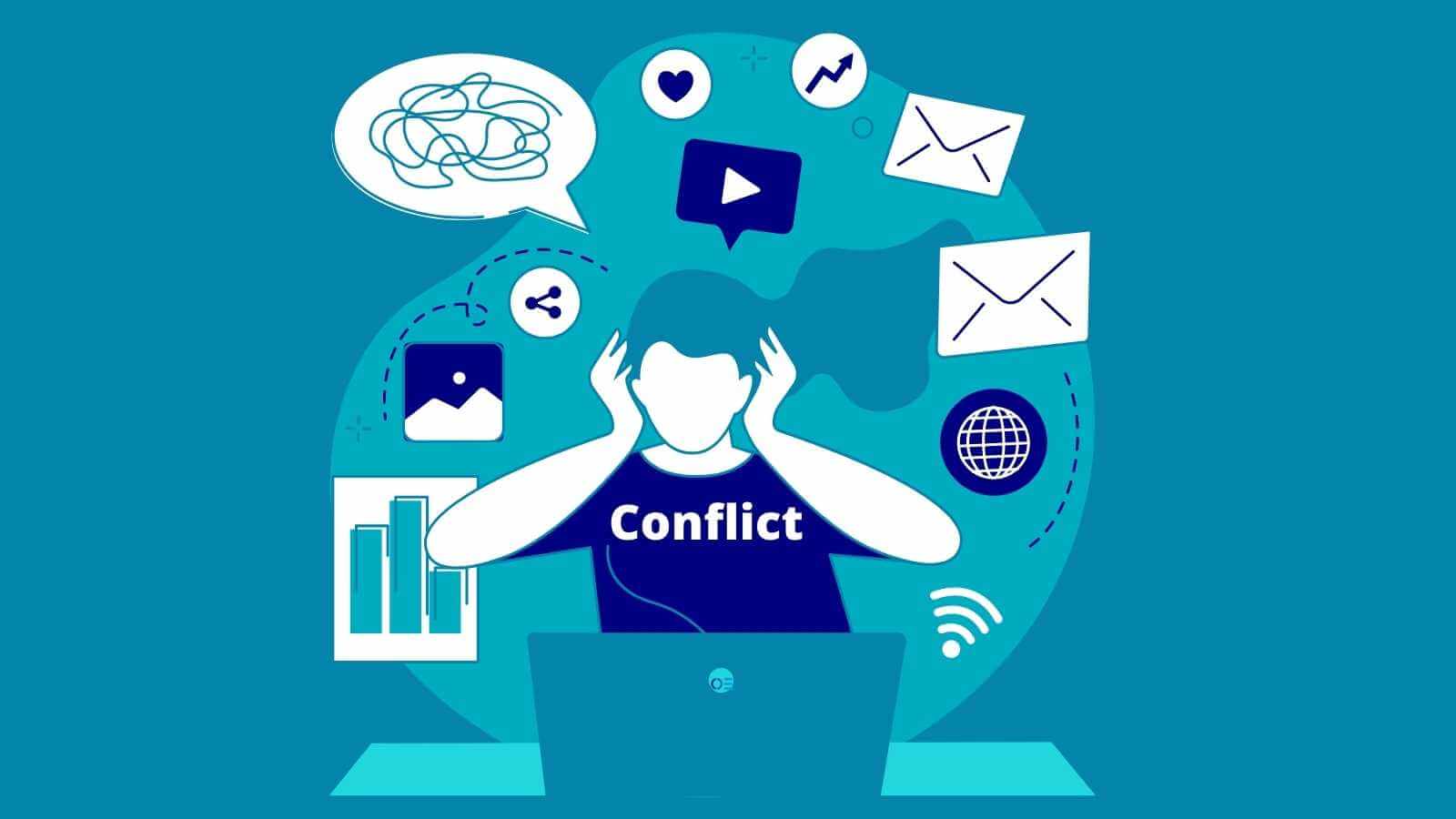 How Could There Be A Conflict?

If a solicitor has acted for one of the key stakeholders in a case they could owe continuing duties to them, as well as to the Insolvency Practitioner.

An insolvency case can give rise to competing interests, often between Directors and Creditors who may have very different motivations. As an example, a Director may wish to minimise their risk of investigation whereas the major independent creditors conversely may wish to maximise the investigations into the conduct of the Directors.

If for example, a solicitor acts for one of the major creditors who wants an in-depth investigation into the Directors then they could find themselves serving two masters ie. the creditor and the Insolvency Practitioner. However, an investigation into the conduct of the Directors is a matter for the Insolvency Practitioner to direct and control, not creditors. If a creditor continued to instruct a solicitor on the same matter there is a risk the solicitor could be asked to adopt a more robust approach to pursue the investigations than might normally be the case.

It is important to note that whilst an Insolvency Practitioner has a duty to be vigorous, efficient and unbiased, they are NOT, absolutely NOT: 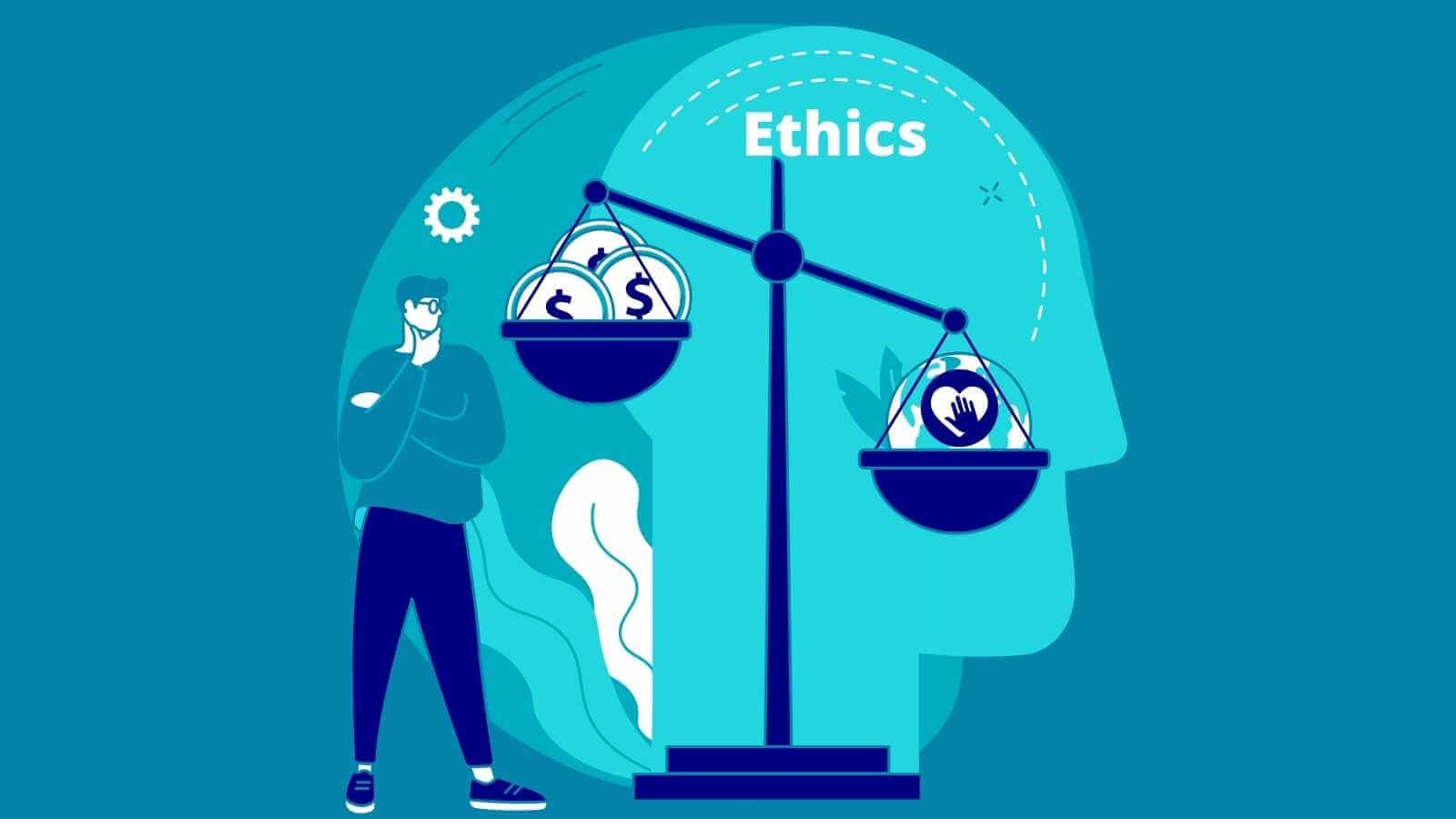 Perception Of A Conflict Of Interest

Even if there were to be no actual conflict of interest there might well be the perception that such a conflict existed. Both actual and perceived conflicts of interest matter for the Insolvency Practitioner. The solicitor is typically instructed as an agent and if the agent (the solicitor) is in a position of conflict that can either actually or as a matter of perception put the principal (the Insolvency Practitioner) into a position of conflict as well.

Managing A Conflict Of Interest

The question is this; is there a conflict and if so can it be managed? In order to manage a conflict of interest safeguards will usually be essential to ensure that it could not interfere with the case.

What Really Drives A Conflict Of Interest?

The issue that really can drive a conflict of interest is the all important matter of solicitors’ fees. 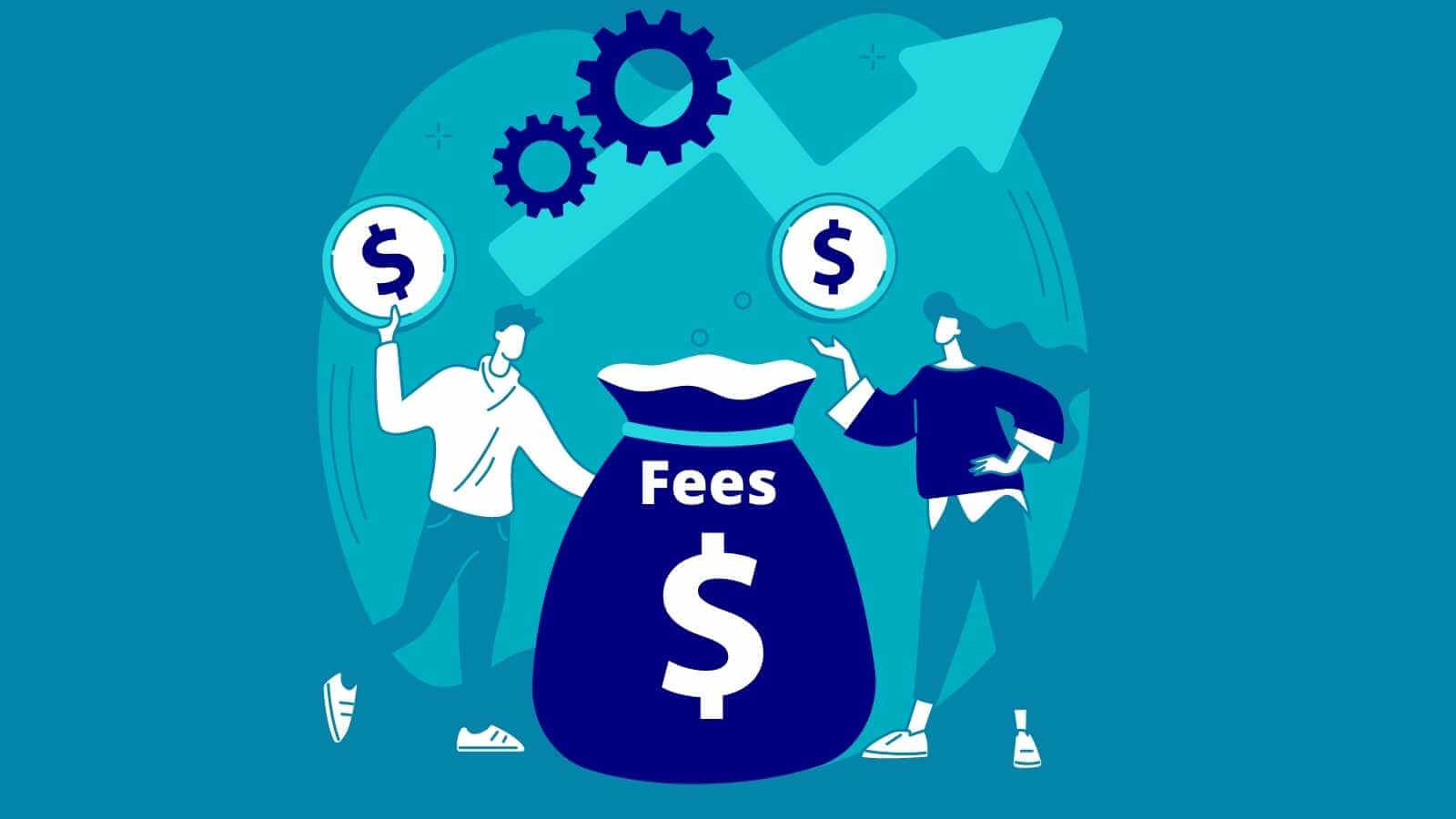 There is no getting away from the fact that the dosh is important.

How Can Fees Give Rise To A Possible Conflict?

Solicitors’ fees can give rise to a possible conflict when either a creditor is for example paying the fees or when what the creditor gets out of the insolvency case by way of distribution affects how much the solicitor gets.

The following two cases show how the matter of solicitors’ fees gave rise to a hotly contested dispute between parties that were before the Court and the conflict of interest point was a key issue that caused an argument.

The first case is more typical of a situation that can arise.

Case 1: Is Ok To Instruct A Creditor’s Lawyers?

The first case arose from the all too common situation when there are few or no funds in the insolvency case to enable the Insolvency Practitioner to pursue investigations into the conduct of the Directors. Never mind for a second how the Insolvency Practitioner is going to be paid for all the sweat and blood they have poured into the case but hold that thought a second; how is the lawyer going to earn their crust?

Well, this issue surfaced in the case of CGS Constructions (Qld) Pty Ltd [2022] QSC 28 (“CGS”). In that case, a Liquidator wanted to continue with public examinations against a former Director and accountant of a company because the company records were insufficient to explain transactions with related parties and investigate actions against the Director.

The Director and accountant applied to Court to prevent the Liquidator from instructing the solicitors of the creditor for the purposes of the public examinations proceedings.

Does It Prejudice The Insolvency Practitioner’s Independence?

The most important question that needs to be answered is whether or not the appointment of a particular solicitor will prejudice the independence of the Insolvency Practitioner.

The test for a conflict of interest is similar to the test of ‘bias’ ie. whether the fair-minded and informed observer would consider justice dictates the solicitors be stopped from acting whilst noting the public interest that a person should not without good cause be deprived of his or her choice of solicitor.

Generally Undesirable For A Liquidator To Use Major Creditor’s Lawyers

The Court in this case (one in Australia) adopted the approach that it is generally undesirable for a Liquidator to engage solicitors who act for a substantial creditor. This is not an absolute rule. This was however particularly noted as an issue when a Liquidator acts for a secured creditor because their interests are unlikely to be consistent with those of the unsecured creditors.

Case 2: Is Ok For Lawyer Fees Linked To A Creditor’s Dividend?

The second case looks at an Insolvency Practitioner’s instruction of a solicitor when the solicitor will be rewarded on the basis of recoveries made for a creditor that is funding the case.

The reason this may cause a conflict of interest is that unlike a traditional no win no fee (conditional fee agreement) that links the solicitor’s fees to recoveries for the insolvency case as a whole, one that links it to a single creditor funding a case may impact on a Liquidator’s impartiality.

In the case Re DP Holding SA (in provisional liquidation) Hellard and another v Chen and others [2017] Lexis Citation 19 this sort of fee arrangement was noted and ultimately reversed:

It seemed to me that Mr Curl’s propositions were unanswerable, and it still does. It does not matter that the applicants themselves are not party to the arrangement: it is enough to taint them that their agents are, in whose impartiality they must have absolute confidence … During the hearing I made no bones about my considerable disquiet about Olswang’s fee arrangement as it stood, which remains in spite of the advice they now say they have received which means little without seeing the agreement and when neither I nor the respondents’ solicitors know what the instructions were that led to it. That said, it seems to me that what is now proposed disposes of the respondents’ justified concern so that it is unnecessary to deal with the point further. 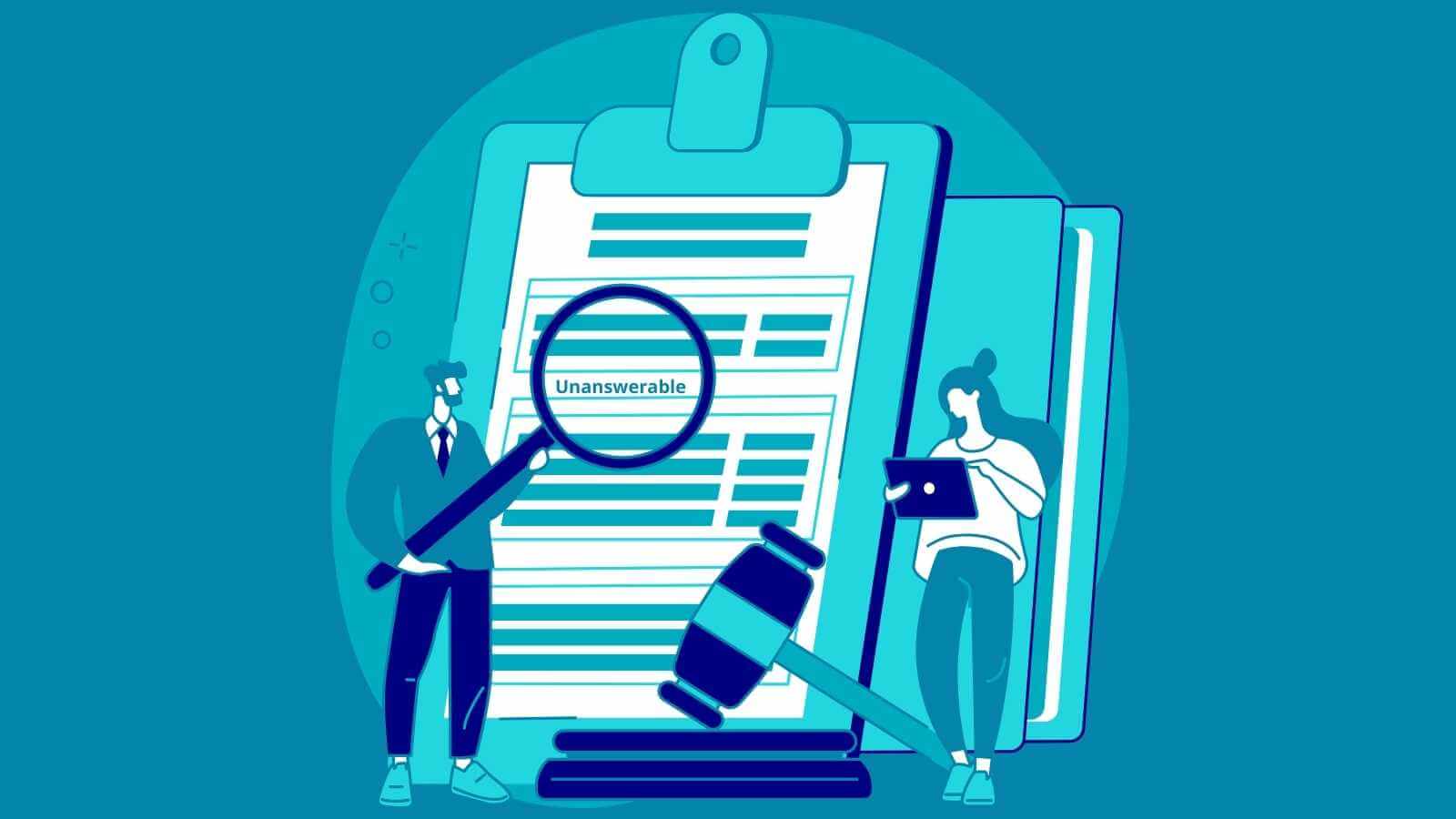 This particular case saw the conflict issue giving a Court plenty to think about after the submissions of Joseph Curl QC. In fact, so much thought was given to the matter at the hearing on 10 February 2017 that Olswang solicitors four days later on 14 February 2017 wrote to the judge to inform him that they had instructed Charles Hollander QC, the author of Conflicts Of Interest who advised there was no conflict.

However, notwithstanding that position, the Olswang fee arrangement was varied so the judge’s concerns appeared to have been alleviated.

If you have any questions in relation to Insolvency Practitioners Instructing Solicitors then contact us as soon as possible for advice. Oliver Elliot offers a fresh approach to insolvency and the liquidation of a company by offering specialist advice and services across a wide range of insolvency procedures.

This page Insolvency Practitioners Instructing Solicitors is not legal advice and should not be relied upon as such. This article Insolvency Practitioners Instructing Solicitors is provided for information purposes only. You can contact us on the specific facts of your case to obtain relevant advice via a Free Initial Consultation. 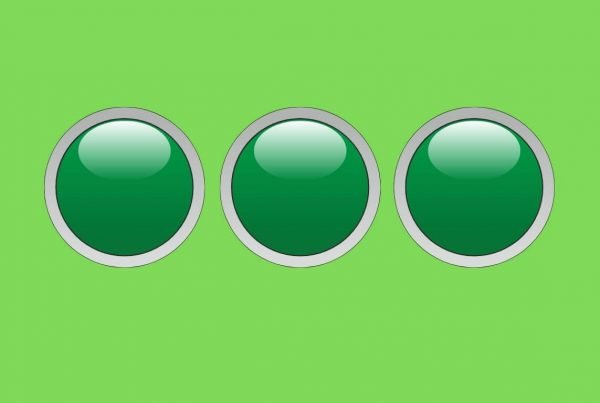 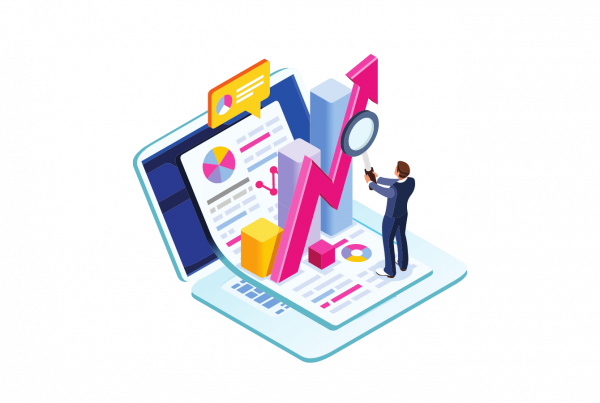 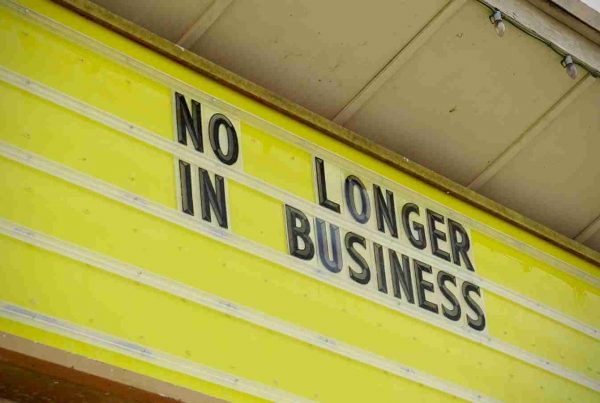 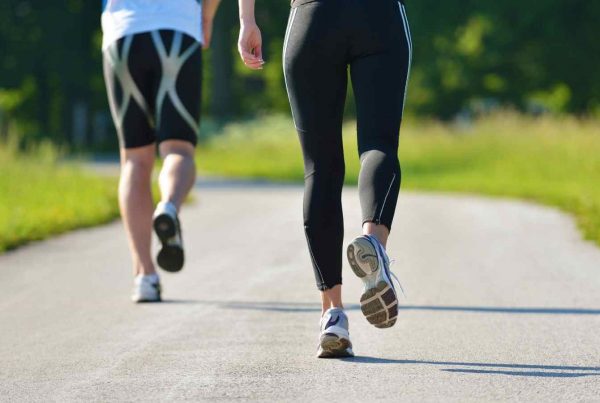