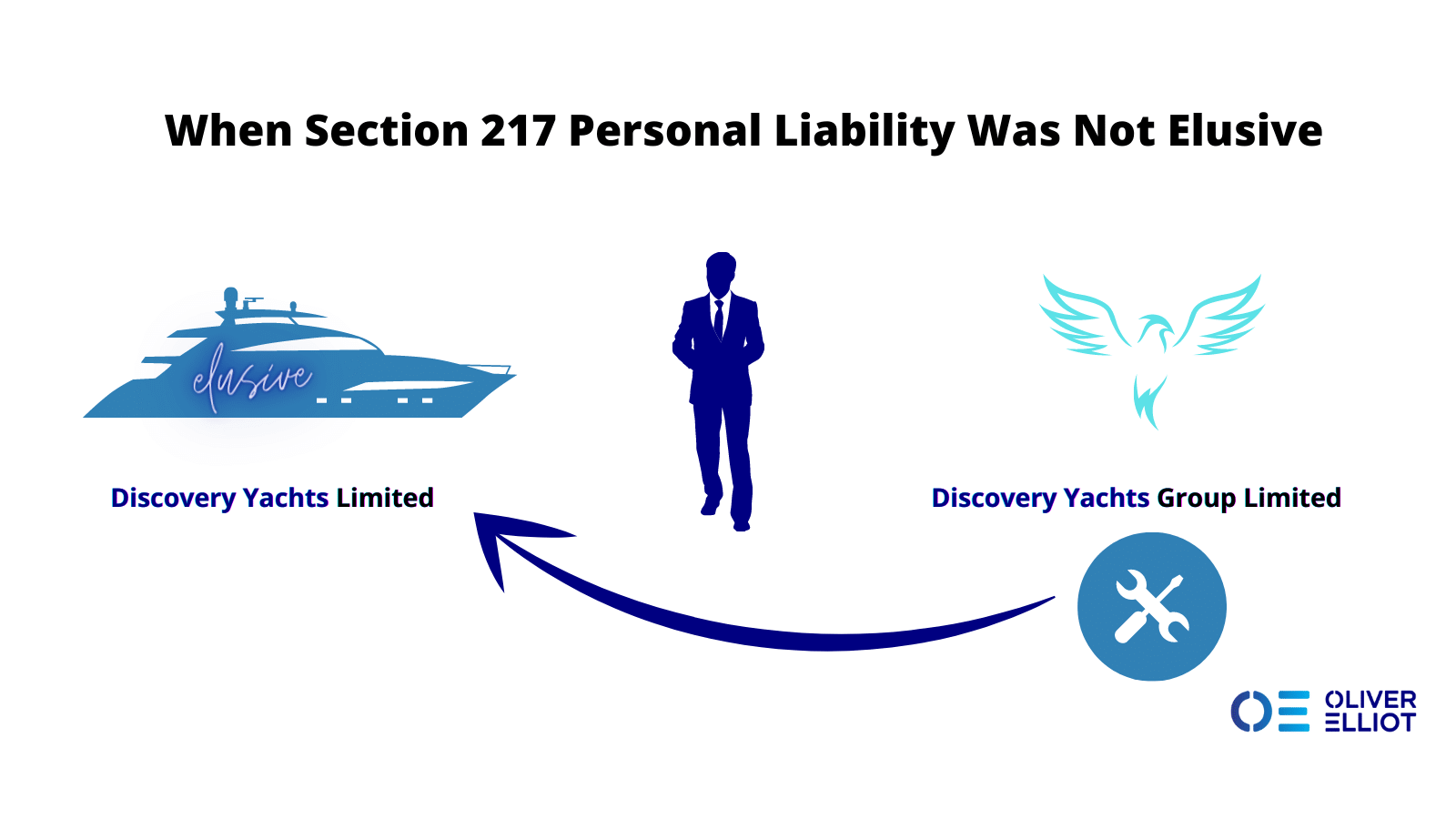 How To Be Personally Liable For Phoenix Company

By Elliot GreenSeptember 12, 2021No Comments

Director Who Re-uses A Prohibited Company Name Can Be Personally Liable For Debts.

Overview Of How To Be Personally Liable For Phoenix Company Case

In the case of PSV 1982 Ltd v Langdon [2021] EWHC 2475 (Ch) a Director, Mr Langdon, demonstrated how a Director could be personally liable for phoenix company debts. This case was not that of a typical phoenix company situation. Instead it was about re-use of a company name in breach of Section 216 of the Insolvency Act 1986.

He was a Director of a company that had gone into Creditors Voluntary Liquidation owing unsecured creditors £710,918. That Liquidation kicked off on 12 October 2017.

The case was about defects involving a yacht notably called ‘Elusive‘, contracted for purchase by Andrew France. It seems that this Elusive did not live up to Mr France’s expectations and so he saw fit to issue a claim in the sum £1,125,824.67 in respect of various alleged defects. Mr France succeeded by obtaining a judgment in the commercial court for damages of c.£263,000 with the defendants unrepresented.

The claimant, PSV 1982 Limited (“C”) had taken an assignment of this debt and sought to claim that Mr Langdon was personally liable in light of Section 217 of the Insolvency Act 1986 to pay C.

The judgment was obtained by virtue of an agreement dated September 2017, entered into by one Mr Langdon’s companies to do repairs to Elusive.

A defence put forward by Mr Langdon (“D”) was that he was not a party to the proceedings in the commercial court, which had found the agreement had been breached in January 2018. This was important because from the point of view of D’s potential liability to C, the contract that led to a judgment had been entered into a matter of days prior to the relevant company going into Liquidation.

D tried to argue that liability arose from the date of the contract. The Court unsurprisingly did not afford D’s seemingly threadbare proposition the time of day saying:

In view of this, the breach of contract arose when D was in breach of Section 216 of the Insolvency Act 1986 and accordingly brought Section 217 into play:

Defence Of Not Being A Party To The Original Decision

D’s defence also said that as he was not a party to the proceedings in the commercial court that decision was not binding on him to establish liability.

Well, the Court did not find that argument impressive:

…Essentially, what this issue boils down to is a question of how Parliament intended to allocate any risk of an injustice. On the one hand, a creditor who has obtained a judgment against the company could be forced to incur potentially significant expense and risk in establishing their claim a second time in separate proceedings against the defaulting director; on the other hand, the defaulting director may be fixed with a liability as a result of the proceedings against the company to which they were not a party and where (as in this case) the liability was not defended as effectively as might have been the case if the director were a party.

Given the wording of the section, the underlying purpose of the legislation, the fact that a director will have a close connection with the company and that they will only be liable if they have committed a criminal offence by acting in breach of the prohibition in Section 216 (which can be avoided by asking the court for permission to be involved with the new company), I have no hesitation in concluding that Parliament intended any risk to lie with the director rather than the creditor and that there is no reason to import a requirement that the creditor must establish the company’s liability against the director when they have already established that liability as against the company.

This does not, in my judgment, offend the principle against doubtful penalisation. It is quite clear that Section 217 makes a defaulting director personally responsible for the debts of the company and so there is no doubt about the penalty which is being imposed. It does not therefore follow that the reference in Section 217 to the debts of a company should be limited to those debts which have been established in proceedings against to defaulting director.

If you have any questions in relation to How To Be Personally Liable For Phoenix Company then contact us as soon as possible for advice. Oliver Elliot offer a fresh approach to insolvency and the liquidation of a company by offering specialist advice and services across a wide range of insolvency procedures.

Disclaimer: How To Be Personally Liable For Phoenix Company