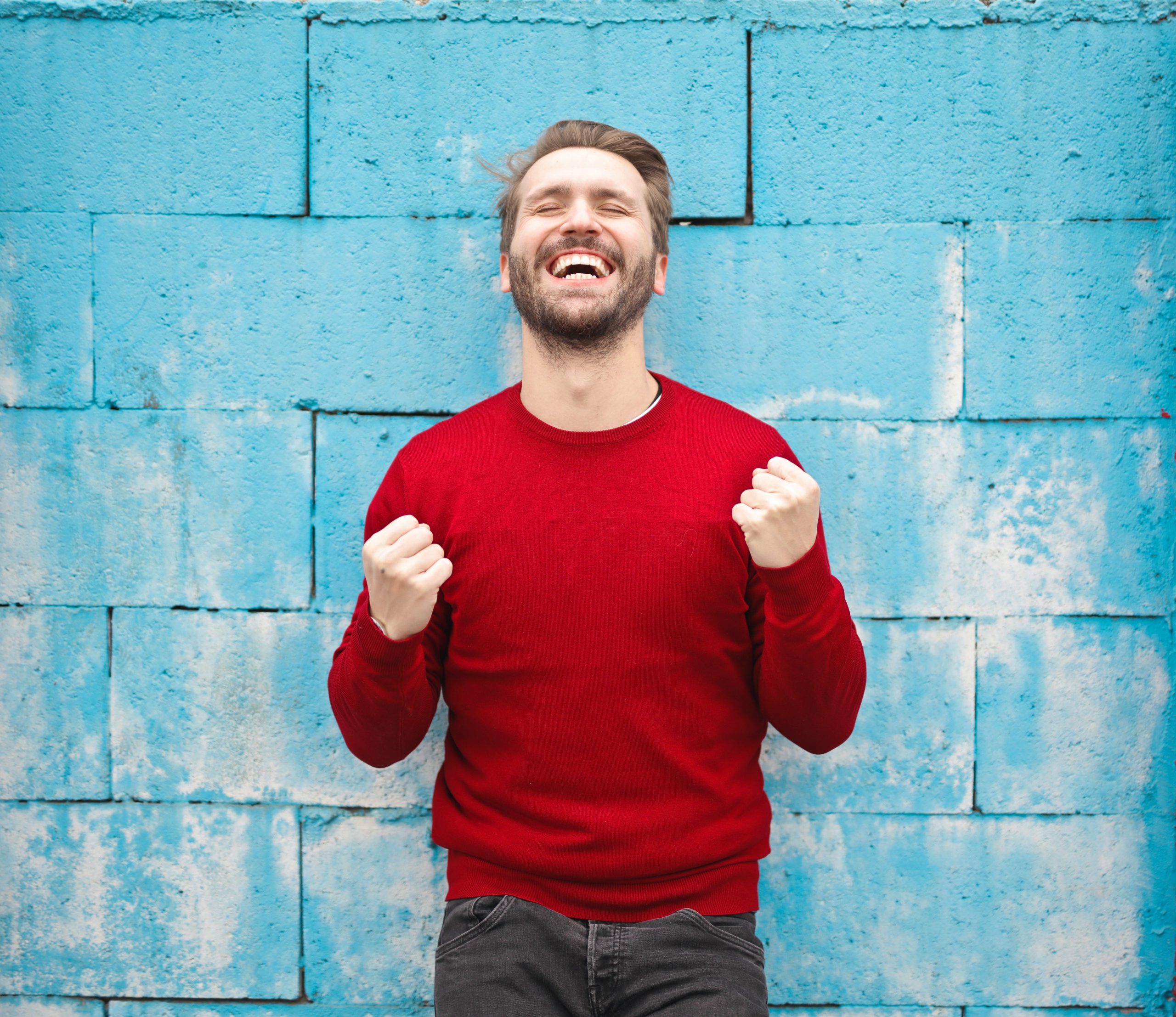 How To Set Aside A Bankruptcy Order

By Elliot GreenMarch 22, 2021No Comments

Are you an individual with a bankruptcy concern?

If you are an individual looking at how to set aside a bankruptcy order, Oliver Elliot can help you address your concern.

In the Hitachi case, the Debtor was made bankrupt and an offer had been made to pay the debts over three and a half years. This offer was rejected so another offer was made by the Debtor’s mother through the Debtor’s husband to pay off the debt in full. Nevertheless, a bankruptcy order was made.

An appeal against the bankruptcy order was made.

The Appeal To Set Aside The Bankruptcy Order

Further, in order to make a bankruptcy order, the court must be satisfied that the debt is unlikely to be paid. The bankruptcy petition can be dismissed if an offer made to deal with the debts is unreasonably refused. This is set out in Section 271 of the Insolvency Act 1986.

The judge in Hitachi recognised that it was relevant that the debtor apparently had an illness and was prevented from working thereby affecting her ability to pay off the debt.

Judicial Discretion To Set Aside A Bankruptcy Order

The appeal court said that the initial judge was likely to have been wrong not to take into account personal circumstances and as a result said the first judge’s discretion:

…was not properly exercised and is amenable to appeal. In my judgment on this basis the appeal should be allowed.

… once that became apparent at the hearing the procedure for transfer to a specialist judge ought to have been considered. At the least, it should have been taken into account by the district judge and may well have informed her decision whether or not to make a bankruptcy order that day, or to adjourn, or to transfer to the Central London County Court. The latter course would have given the appellant time to pay the debt or to seek to file evidence.

Accordingly, I conclude that this amounts to another material consideration which was not considered, namely the procedure set out in the IPD and is amenable to challenge on appeal. Alternatively, the failure to follow the procedure, or at least to have regard to it, amounts to a serious procedural or other irregularity in the lower court.

“We act on behalf of the [respondent]. We attach a Final Charging Order obtained in the Medway County Court on 19 October 2009 for ease of reference. The sum of £7205.02 remains due and owing. It is now our client’s intention to remove the security and proceed with bankruptcy proceedings unless satisfactory proposals have been received into our offices in within the next seven days.”

“In the meantime, it would be helpful if you could hold action [by] your client as we act in resolving this situation.”

“This is to state that this is our financial position and we can be able to make repayments to [the respondent] for the outstanding debt if agreed. During this period if we get any change of circumstances, we will have no choice other than to sale our house and pay off all the outstanding.”

“[The appellant’s] husband then spoke on her behalf and made reference to a series of offers made to the [respondent] all of which were essentially the same and had been refused because of the timescale for repayment. [The appellant’s] husband then stated that a family member had offered to pay the whole debt although there was no evidence in support of this assertion and stated that the family member was ill and could not attend the hearing…The Judge was apparently concerned at the absence of documentary evidence in support of this assertion and stated that there was insufficient evidence to show that the debt could be paid off in order to grant an adjournment and hence the decision to make a Bankruptcy Order. Our agent states that [the appellant’s] husband expressly stated that [the appellant] had a “spinal dislocation” rendering her bedridden for 5.5 years but the Judge made the Bankruptcy Order, stating that, if you client had an offer to make, it should be made to the Official Receiver.”

“I can only say that it would have been my usual practice to have concentrated on offers of repayment and whether there was any evidence of a realistic proposal. It is also likely that I would have explained that personal circumstances would not impact upon the decision but, as I say, I cannot categorically say that this is what happened.”

“(1) The court shall not make a bankruptcy order on a creditor’s petition unless it is satisfied that the debt, or one of the debts, in respect of which the petition was presented is either-(a) a debt, which, having been payable at the date of the petition or having since become payable, has been neither paid or secured or compound for, or (b) a dent which the debtor has no reasonable prospect of being able to pay when it falls due.

(3) The court may dismiss the petition if it is satisfied that the debtor is able to pay all of his debts or is satisfied-(a) that the debtor has made an offer to secure or compound for a debt in respect of which the petition is presented, (b) that the acceptance of that offer would have required the dismissal of the petition, and (c) that the offer has unreasonably refused; and in determining for the purposes of this subsection whether the debtor is able to pay all his debts, the court shall take into account his contingent and prospective liabilities.”

“First, insolvency proceedings are class actions designed to secure distribution of an insolvent’s assets pari passu between all his creditors. They are not merely a debt collection process. The primary purpose of the proceedings is to enable an independent person to ascertain and preserve the debtor’s assets and to achieve that pari passu distribution.”

Second, the presentation of a petition has the effect that any disposition of property made without the consent of the court by a person who is subsequently adjudicated bankrupt is void: see Insolvency Act 1986, section 284. Accordingly, delay in dealing with a petition is liable to have adverse consequences for creditors generally see Re: A Debtor (Number 72 of 1982) [1984] 1 WLR 1143 applied in Judd v Williams [1998] BPIR 88.”

“The starting point is that if the petitioning creditor establishes that the statutory conditions are fulfilled, he is prima facie entitled to a bankruptcy order see Re: A Debtor (Number 452 of 1948) [1949] 1 All ER 652 and Re: A Debtor (Number 72 of 1982), both referred to in Judd v Williams.

The court, of course, has to power to adjourn the petition, but the practice is to do so only if there is credible evidence that there is a reasonable prospect that the petition debt will be paid within a reasonable time.”

“A debtor clearly has no right to an adjournment in these circumstances, although it may be that a court will grant one if he could produce convincing evidence that the debt would be paid within a very short period.”

“A petitioning creditor has a prima facie right to obtain a bankruptcy order on, as this was, a duly presented petition where the liability of the debtor for the petition debt is, as it is here, clearly established. Equally, the court hearing the petition has a discretion to adjourn the petition for payment if but only if there is a reasonable prospect of the petition debt being paid in full within a reasonable time: see Re: Gilmartin [1989] 1 WLR 513 at 516 and much subsequent authority to a similar effect. There must be credible evidence to support such a prospect if the court is to grant an adjournment for payment.”

“There is no doubt that the court retains a discretion not to make a bankruptcy order even where the petition debt has been clearly established and any grounds of opposition have been dismissed. However, the authorities establish that in such circumstances the discretion to adjourn should only be exercised if there is a reasonable prospect of the petition debt being paid in full in a reasonable period… Furthermore, there must be credible evidence to support such a prospect if the court is to grant an adjournment for payment.”

“If the debtor does not produce any evidence of his ability to pay, he takes the risk that the court will not accept his bare assertion as to his means and ability to pay.”

A decision whether or not to grant an adjournment is, of course, a discretionary case management decision and consequently, the judge’s exercise of his discretion in this case cannot be impugned on appeal except on the usual grounds for impeaching a judicial exercise of discretion. ”

“A decision whether or not to grant an adjournment is, of course, a discretionary case management decision and consequently, the judge’s exercise of his discretion in this case cannot be impugned on appeal except on the usual grounds for impeaching a judicial exercise of discretion.”

“While I accept that some judges might allow a short adjournment without requiring evidence of the debtor’s ability to pay, I do not consider that this court should cast any doubt on the validity of this longstanding practice.

Certainly, in my judgment, it cannot be said to be wrong to require evidence of ability to pay. Even in the case of a modest debt owed by a professional person, without knowing about the overall liabilities no court can be confident that the debt will, in fact, be paid within a reasonable time.

Mr Attaras goes on to argue that the overarching consideration in the present case was whether Mr Edginton was able to pay the petition debt within a reasonable time. That was undoubtedly a relevant consideration at a high level of generality, but the difficulty for Mr Edginton in the present case was that he had no formulated proposal about the time which he considered reasonable or the offer he proposed to make, let alone any evidence in support.

The argument is that the modest size of the petition debt was such that it was inconceivable that Mr Edington would have been unable to pay it within a reasonable time, but without knowing anything about either his assets or his other liabilities, that is no more than speculation.”

Disclaimer: How To Set Aside A Bankruptcy Order