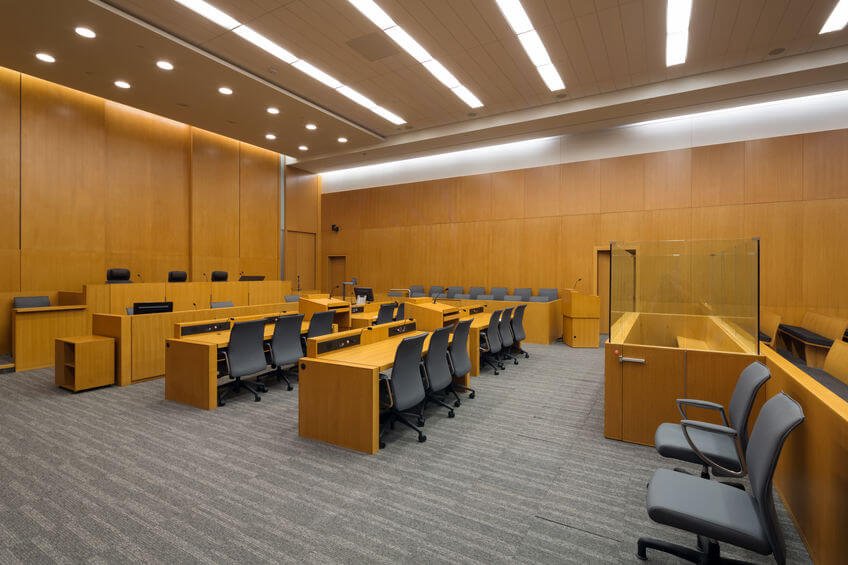 Going In The Witness Box

Are you going into the witness box?

Got any concerns going in the witness box? Oliver Elliot may be able to consider your concerns, particularly if you are involved in an insolvency litigation case but you might be best in the first instance, speaking to a lawyer.

Going in the witness box can be quite an experience when you have your day in Court, so it is worth being prepared.

Going in the witness box is going into a pressured environment, unlike many others. It is one of those times when you can be at risk of losing something, potentially a great deal, depending upon how you come across to the judge because there is a risk with any piece of litigation. Your reputation can be on the line, your house could be on the line and indeed your freedom could be on the line.

Our CEO, Elliot Green has spent many hours over the last seventeen or so years being cross-examined after going into the witness box after commencing an insolvency litigation case, typically in his capacity as Liquidator of companies that have gone into insolvent Liquidation. This article arises to some extent after reflecting upon some of his experiences but also after consideration of some notable reported legal cases arising from cross-examination of witnesses.

Just to be abundantly clear nothing in this article is anyway designed or intended to do anything other than uphold the cardinal principle that when a witness goes into the witness box, they must tell the truth, the whole truth and nothing but the truth. The duty is to assist the Court and to act at all times with the highest of integrity.

Whilst going in the witness box is not meant to be a memory test or like a school examination, it is likely that the experience will be smoother and conceivably less nerve-racking if you have read your witness statements thoroughly before you get to Court. Remember your barrister and your opposing barrister will have been in all likelihood studying the witness statements in detail in the days running up to the Court hearing. They are likely to know those witness statements backwards.

You on the other hand could well have prepared your witness statements many months or even a year to two previously. To avoid becoming confused by the detail as a barrister cross-examining you engages in supersonic leaps from one part of your witness statement to another, do your ‘revision’, particularly if the case is about detailed financial transactions across many historical documents. You do not want to make concessions and lose out on some of your good points because you in effect did not do your homework. Moreover, you do not want to be working things out in the witness box, having forgotten for example only, why a particular document in your statement was so important.

Having said all of that if you do get a bit dazzled in cross-examination, it is probably best not to worry too much. Hopefully, your barrister will have a good grasp of the detail and be able to re-examine you to ensure that the Court has a balanced and fair view of your evidence.

What Happens When You Go In The Witness Box?

So your name is called out and you are then asked to stand before the Court and confirm that the evidence you shall give, will be the truth, the whole truth and nothing but the truth. This serves to remind the witness who is about to give their evidence, that what they say in the witness box is a serious matter. Those who do not take it seriously could find themselves imprisoned if they lie and commit perjury.

The next thing that happens when you go into the witness box is that you will typically be asked to look at the bundle of papers that are before you to confirm that your witness statements are true to the best of your knowledge and belief, making any corrections as required.

Then once you have dealt with those formalities and just as you might be getting more comfortable, the gladiatorial festivities will undoubtedly commence. The opposing barrister will cast their eye over you, no doubt afford you a courteously short greeting, before looking to see what their notes say as they leap out of the starting blocks.

You are likely being observed carefully by some intelligent and astute personalities, who are in the business of asking people questions for a living. Your body language, your sniffles and facial expressions will be looked upon closely by those present in the Court.

Whilst judges and barristers do not have supernatural powers to determine if someone is lying, they will often be able to read people reasonably well. Trying to pull the wool over their eyes is unlikely to be an effective strategy. Far better to be simply straightforward.

Mr Peter Andre is a successful performer both as a pop singer and as the star of reality television and it is clear that his success is due in part to an engaging manner. However, he was an extremely unsatisfactory witness. Much of his evidence was (i) exaggerated, for example his evidence about the effect on him of Mr Hendricks’ tweets and some frankly ridiculous evidence about everyone on the film set shaking in fear of Mr Hendricks even though he was not on the set at all or anywhere near it, or (ii) designed to show himself in a good light, for example his refusal to accept that he had wanted Ms Partridge removed from the programmes, in the face of correspondence from his own solicitors making that one of the conditions of continuing to work with the claimant. Regrettably I formed the view that on some issues his evidence was not truthful. Two examples are (i) his attempt to avoid knowledge of the fact that Ms Powell was writing to his own solicitor on 2 June 2011 discussing the removal of the claimant as production company, by claiming that he never read emails “cc’d” to him; and (ii) his evidence about what he alleged Ms Powell told him about the death threats, which I have concluded was a complete fabrication designed to denigrate Mr Hendricks and bolster Mr Andre’s exaggerated evidence about the impact of the tweets. I suspect that Mr Andre was driven to some of the extremes he exhibited in his evidence out of loyalty to Ms Powell, but that did not make his evidence any more impressive or credible.

Another example of how matters can turn out somewhat terribly perhaps might be highlighted in the case of The Hearing Clinic (Niagara Falls) Inc. v. 866073 Ontario Limited, et al., 2014 ONSC 5831:

He entered the box as an articulate professional with impressive academic credentials, displaying what appeared to be a sound and comprehensive recollection of events. When he stepped down, after more than 14 days of withering cross-examination, he was noticeably dazed, his credibility was reduced to existential confetti and he even appeared to be physically shorter than when the trial began … rarely, has a witness generously offered up so many reasons to be disbelieved. Fridriksson was an evidentiary gift who kept on giving. He ignored rule number one in the Litigants’ Credo: “Know thyself, because others soon will.” Enough of this preamble. Come with me now on a visit to the phantasmagorical world of Fridriksson. Pack lightly.

As a general rule, you will be taken through your witness statements to consider where inconsistencies and factual uncertainties may lie.

Where factual assertions have been made that do not appear unambiguously supported by the documentary evidence, you can anticipate that the opposing barrister will get to work to seek to establish how such a factual assertion was made. Typically they may look to see if indeed it can be maintained and if not, look to extract concessions from you which may have a negative impact on your case.

If too many of your factual assertions are pulled apart in cross-examination and your responses are unconvincing, you may find that your credibility starts to drop. If it drops too far you may do your case catastrophic damage.

The Dangers In The Witness Box

The more you say, the more you can afford the opposing barrister, information to discover inconsistencies and factual anomalies in your case. You have to answer the questions, so sticking close to the question asked is usually a good idea, not the question you wished might have been asked instead. Generally, it is also a good idea to avoid a tendency to speak by way of giving lengthy speeches when you are in the witness box, particularly if the assertions being made are not direct factual positions that you know will assist your case. It may also help shorten the length of the case and therefore potentially even limit those legal bills if you keep your answers short and snappy.

It is possible to be subjected to impermissible and improper cross-examination. It might be worth asking your barrister about that issue. There is a good article by Dermot Ryan SC on Propriety and Impropriety in Cross Examination.

An example of how such matters can potentially be troublesome was perhaps notably pointed out in the case of Yeo v Times Newspapers Ltd [2015] EWHC 3375 (QB):

When a fish wriggles on a hook, it goes deeper into the mouth and guarantees that the fish will not escape. So with Mr Yeo’s evidence on this issue. His twists and turns in the attempts to escape the obvious served only to emphasise the problem …

Better therefore perhaps to keep your responses on the relevant facts to answer the question directly than conceivably reciting your life story.

Another tip, do not answer a question with a question because it looks like you are trying to avoid providing an answer. The upshot is likely to be that you will be asked the question again and again until you answer it. The longer that takes, the less likely the Court will be impressed with you as a witness.

And finally, as if it needs to be said, do not argue with the judge!

If you have any questions, queries or concerns in relation to this page Going In The Witness Box then Contact Us as soon as possible. Our expertise is at your fingertips.

This page: Going In The Witness Box is not legal advice and should not be relied upon as such. Going In The Witness Box is provided for information purposes only. You can Contact Us on the specific facts of your case to obtain relevant advice via a Free Initial Consultation. For the avoidance of doubt, Oliver Elliot is not a law firm. This article is merely Our CEO, Elliot Green reflecting on his experiences of going into the witness box. If you are about to be going into the witness, you may be best taking advice from lawyers.