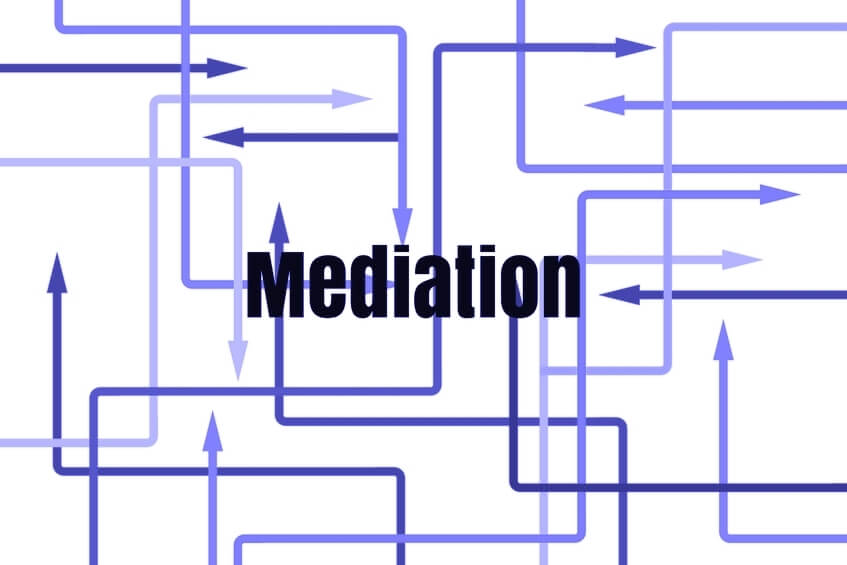 Insolvency Mediation Helps Settlement – Or Is It A Hindrance?

Insolvency Mediation Helps Settlement – Or Is It A Hindrance? Does it help insolvency litigation? Well, let’s kick off with what happens at a mediation.

Mediation is a type of alternative dispute resolution procedure that aims to enable people to resolve their differences without going to court or settling matters before going to a Trial.

As a form of alternative dispute resolution, Mediation is a popular flexible process that is rather more formal than some of the other options like without prejudice meetings but less formal than a full blown Trial of evidence before a judge at Court. It is entirely confidential and without prejudice. What is revealed at the Mediation cannot then be deployed in litigation later against parties.

Mediation is overseen by a person who is known as the Mediator. The Mediator in effect chairs the proceedings but he or she does not have any ability to control what the parties do and they cannot impose a settlement on the parties either.

It is a voluntary process but if you are invited to go to Mediation by your opponent, you would often be well advised to do so. If you refuse mediation in such circumstances, you risk suffering adverse costs for unreasonably refusing to mediate by frustrating the prospect of a party wishing to seemingly settle. Even if you win at the end of the day the refusal could come back to bite you on costs.

Typically a mediation will involve the following:

What actually typically happens at a Mediation? It is very much a waiting game with parties often engaged in reciting and debating case facts / opinions that all too frequently they have full details of already. Very often in Mediation the really critical conversations start to sprout late on when parties who really want to settle finally start the horse trading and move to talking about the numbers they are prepared to settle at.

The Mediator will often float between the parties who are typically kept in separate meeting rooms with their lawyers.

The Role Of The Mediator

The Mediator will want to encourage the parties to settle their differences and for the Mediation to successfully conclude the case.

There are certain issues that a Mediator is likely to raise during a Mediation. It is likely a Mediator will refer to the matter of disproportionate legal costs and risk and then move on to perhaps weigh up if there is something that they can do to oil the wheels towards a settlement.

Once the Mediator has got reference to costs and risk off his or her chest, you can expect some repetition of that theme during the course of the day.

Thereafter the Mediator will have multiple short meetings with the parties separately and then discuss those points that they are expressly permitted to reveal. They must not reveal information to an opponent if they do not have consent to do that.

Insolvency Mediation – A Help Or A Hindrance

Mediation is another stage in an already crowded litigation process.

The litigaton process typically will be as follows:

Mediation can slot in anywhere in the process prior to Trial but it is another stage in an already lengthy and expensive process. Mediation is often suggested to be excellent value for money because if you settle a case there might be savings on legal costs. That risks confusing the fact that Mediation is itself an additional cost to litigating parties. Just because parties settled during a Mediation does not mean that they would otherwise not have settled.

Mediators are often not experts in the discrete area of the law that the parties might be at war over. Is there sufficient value in paying substantial fees in such a process (it is not just the Mediator’s fees but also those of your lawyers for attendance is the norm) to have someone transmit information that the parties could conceivably do themselves with relative ease?

Mediation can sometimes be treated as an opportunistic fishing expedition by a party seeking to try to obtain information and bolster their evidence. For those reasons, it is probably a good idea to think carefully about holding mediation when in the middle of the evidence cycle, particularly when only one party has afforded their evidence.

Mediation can be particularly helpful if parties need to air their differences but they need an independent impartial person to get the points across, particularly when their lawyers may have very strong views as well.

Having said that it is not as cheap as sometimes suggested overall and is another stage in litigation that may well have settled anyway. So why is Mediation seemingly given such a prominent thumbs up by the Courts?

Disclaimer: Insolvency Mediation Helps Settlement – Or Is It A Hindrance? is not legal advice and not to be relied upon. No liability is accepted for any such reliance.