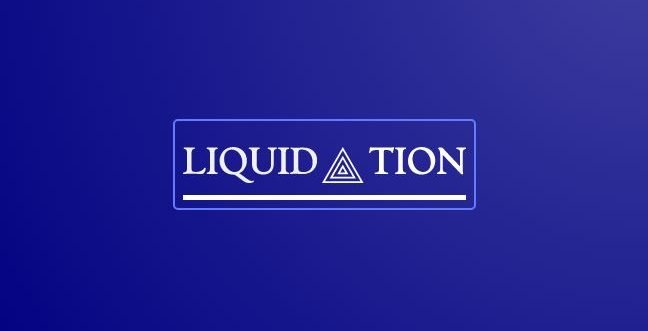 What does Liquidation Involve?

What does Liquidation Involve? The answer is, it is an orderly wind up of a company’s affairs. It is in effect usually the end of the road for the company concerned in terms of trading activities. It is the following of an organised and compliant approach to enable the company’s affairs to be resolved for the benefit of its stakeholders.

Generally, a Liquidation will mean that a company’s trading life is at an end. The company can be either solvent or insolvent.

It is frequently considered to be the death of the company. However, the company is still ‘alive’ and in existence but it will not be acting in a normal trading manner.

If the company is solvent then the assets will be realised and the costs of the liquidation discharged. Creditors will be paid in full and surplus funds remaining will be paid to the shareholders.

If the company is insolvent however, then there will not be funds usually available to be paid to the shareholders. In many instances, the assets will not enable creditors to be paid in full either. In fact, the creditors may receive little or nothing at all from the assets of the company. However, from the vantage point of the order of priority in terms of who gets paid first, in the case of an insolvent liquidation creditors are paid ahead of shareholders and then if there were to be sufficient funds available after discharging all the costs of liquidation, then the shareholders would be entitled to any surplus funds.

In a liquidation there will be a number of different parties who are affected as follows:

Impact on the Directors

Impact on the Shareholders

Impact on the Employees

Liquidation involves a licensed insolvency practitioner who will be regulated by one of the insolvency licensing bodies such as the ICAEW, ACCA, ICAS or IPA, being appointed as the Liquidator to wind up the company. The Liquidator acts instead of the Directors, who in effect lose their powers.

Directors have a mandatory statutory duty to cooperate with the liquidator so that he/she can reconstitute knowledge of the company and reconstruct its records, thereby enabling him or her to properly wind up its affairs.

A consequence of liquidation is that there will be an investigation into the directors’ conduct, typically in the period building up to insolvency and potentially in the years prior to that. If directors’ personal interests have conflicted with those of the company and caused the company to suffer a loss, particularly when insolvent and the creditors’ interest deemed to be of material significance, then they may be held liable for wrongful trading.

In a liquidation, a Liquidator’s role is to discharge the liability of creditors from realisation of the company’s assets. The shareholders rank behind the creditors in the statutory order of payment in a liquidation as mentioned above.

A shareholder who has not paid for his or her shares in the company will have to pay for the shares. A call will be issued by the Liquidator.

Impact for the Employees?

When a company goes into liquidation it will usually cease trading and the employees made redundant as a consequence more or less immediately. Employees how will be entitled to claim for redundancy, arrears of pay and holiday pay. The ability to claim is not the right to receive full compensation as there are some limitations.

What Does a Solvent Liquidation Involve?

A solvent liquidation is also an orderly winding up of a company. It will not involve a loss to be suffered by the creditors and the Directors will not usually be subject to a conduct investigation. The Directors are required to provide a Statutory Declaration of Solvency to formally declare that the creditors will be paid in full within 12 months.

This type of liquidation in general terms has similar general characteristics to an insolvent one. However, in practical terms, it will usually be occasioned by a different approach because the creditors will be paid in full. This type of liquidation is one referred to as a Members Voluntary Liquidation (“MVL”) and it is again overseen by a liquidator who is a Licensed Insolvency Practitioner.

This post ‘What does Liquidation Involve?’ is not legal advice and no liability is accepted for any reliance placed upon on.