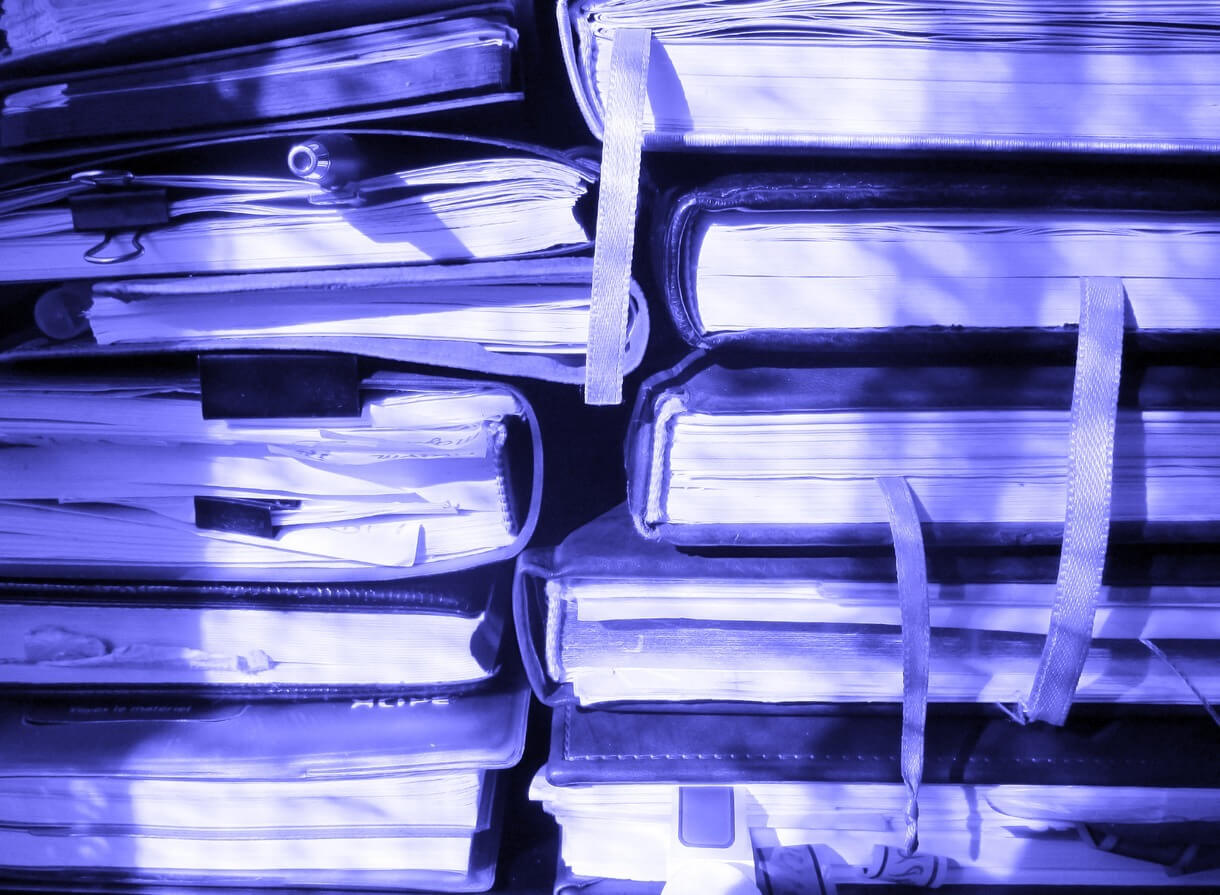 Alternative Analysis not Fanciful: Strike Out or Summary Judgment Not Warranted

By Elliot GreenMarch 27, 2020No Comments

Alternative Analysis not Fanciful: Strike Out or Summary Judgment Not Warranted

Alternative Analysis not Fanciful: Strike Out or Summary Judgment Not Warranted was part of the judgment of Sir Alastair Norris in the matter of Nosnehpetsj Ltd v Watersheds Capital Partners Ltd & Anor [2020] EWHC 739 (Ch).

Interestingly, it is another case where a company’s records appear as an issue that sprouted. A point highlighted by Sir Alastair Norris in the appeal judgment where he said:

“…inadequacies of Mr Buzzoni’s record keeping as sole director of Watersheds1 and WCP and his disavowal of the accuracy of the records he did create“.

This was an appeal against the decision of Insolvency and Companies Court Judge Baister, which had not endorsed the application of Mr Buzzoni to strike out and or obtain summary judgment in respect of part of a claim that I brought as Liquidator of Nosnehpetsj Limited. The appeal has been dismissed.

“On 27 March 2018 Watersheds1 (acting by its liquidator) commenced proceedings against WCP and against Mr Buzzoni in relation to dealings with the Ordinary Shares and the Prefs, including an allegation that the transfer of the Ordinary Shares in WCP from Watersheds1 to Mr Buzzoni for no consideration was a breach of fiduciary duty. There is going to be a trial of the issues concerning the Prefs. But on 18 January 2019 WCP and Mr Buzzoni issued an application seeking to avoid a trial of the issues relating to the Ordinary Shares (either under CPR 3.4(2) because the Particulars and Points of Claim disclosed no reasonable grounds for bringing the claim or under CPR 24 because “the Claimant has no real prospect of succeeding on that claim and the Defendants know of no other reason for the claim to be disposed of at trial”).“

Certain Annual Returns and Accounts showed the Ordinary Shares in the business, Watersheds Capital Partners Limited (“WCP”), as belonging to the Company.

The Decision of ICC Judge Baister

The decsion of ICC Judge Baister dismissed the application for the following reasons:

“a) The Annual Returns and the Abbreviated Accounts must have been approved by Mr Buzzoni (a chartered accountant) and they undoubtedly show the Ordinary Shares in WCP as belonging legally and beneficially to Watershed1. It was not clear that the position recorded in the approved documents was incorrect.

b) There are very few documents relating to the circumstances (i) in which the Annual Returns and Abbreviated Accounts came to be prepared and (ii) in which the Ordinary Shares came to be transferred from Watersheds1 to Mr Buzzoni and “much might emerge later”.

c) One should not exclude the possibility that cross-examination may well reveal something not apparent from the documentation. (I think that here the judge must have had in mind (i) the oddity of the Ordinary Shares being transferred by Watershed1 to Mr Buzzoni (which entails Watershed1 having some transferable interest); (ii) the transfer appearing to take place in the September before Mr Buzzoni notified his accountant of what he perceived to be an error; and (iii) a submission of Counsel for the liquidator. That submission was “If Mr Buzzoni’s evidence is that: “this was all a “cock-up” and I keep making these “cock-ups in ways that seem to have helped myself”…..and if Mr Stephenson says “Well, I cocked up as well”, if the judge believes them, then we are in difficulties and probably will not succeed”). “

Mr Buzzoni’s appeal was put on the basis that:

“A transfer of shares cannot be registered unless a proper instrument of transfer has been delivered to the company: s.770 CA2006. No executed transfer from Mr Buzzoni to Watersheds1 has ever been found. No transfer from Mr Buzzoni has ever been registered. It is only in WCP’s Annual Return and in Watershed1’s Abbreviated Accounts that someone other than Mr Buzzoni is shown as the owner of the Ordinary Shares. The liquidator must therefore assert that Mr Buzzoni held the legal title to the Ordinary Shares as nominee or constructive trustee. Nomineeship could only arise under an express trust. The liquidator does not plead facts to support such a trust. The mere fact that WCP’s Annual Return and Watershed1’s Abbreviated Accounts show that Watershed 1 is the beneficial owner of the shares does not of itself suffice to show that Mr Buzzoni intended to create a bare trust of the shares. How a constructive trust might have arisen is not clear, but it is to be assumed that it is based upon an intended gift of the shares by Mr Buzzoni to Watershed1. But equity will not perfect an imperfect gift (unless the donee has done all within his or her power to effect the transfer and the remaining acts can be performed by the donee, as in Re Rose [1952] Ch 499 or Pennington v Waine [2002] 2 BCLC 448). This case cannot fall within that exception to the general rule for it depends upon Mr Buzzoni having executed a transfer which has simply not been registered. But no signed transfer can be found.”

Further the reasons provided were:

” a) There will be a substantial trial of issues concerning the Prefs, so that only a modest saving is achieved by summarily disposing of the arguments about the Ordinary Shares;

b) The key issue is whether Mr Buzzoni gave a truthful documentary account of the ownership of the Ordinary Shares or made repeated (but unexplained) mistakes;

c) Only limited and evidently partial disclosure has been given (of those documents which support Mr Buzzoni’s case) and the circumstances in which and basis upon which he came to approve a succession of documents confirming the beneficial ownership of the Ordinary Shares and then to reverse the position ought (even under the current disclosure regime) to be explored before a final conclusion is reached;

d) The documents that have been disclosed in support of Mr Buzzoni’s case are not themselves internally consistent (the e-mail of 1 February 2013 complaining of an error is written long after the error was apparently “corrected”);

e) If the constructive trust is founded on the perfection of an imperfect gift it is not necessarily the case that the donor must have done all in his or her power to effect the transfer (including executing a share transfer form) there being a broader principle that the circumstances may establish that it would be unconscionable for the donor to recall the “gift”, and those circumstances should be examined;

f) Given the factual background I have briefly recounted I do not accept that the only type of constructive trust that might arise is one founded upon an imperfect gift;

g) Nor do I accept that it “beggars belief” that Mr Buzzoni would want to acknowledge that the Ordinary Shares in WCP belonged beneficially to Watersheds1 (the acknowledgement dates from 2010, some years after WCP had taken over the business of Watersheds1, and years before Mr Buzzoni incorporated Watersheds2 or tried to have Watersheds 1 struck off);

h) Where the sole director of an insolvent company has transferred to himself for no consideration assets shown in its accounts as belonging to the company the Court should in general hesitate before deciding that the transaction does not need to be scrutinised at a trial. “

“20. If (and this is not clear) the judge’s decision to grant the liquidator permission to amend was influenced by his assessment of the “tax computation” argument I would remake the decision in the same sense. The difficulty which the liquidator faces is created by the inadequacies of Mr Buzzoni’s record keeping as sole director of Watersheds1 and WCP and his disavowal of the accuracy of the records he did create. It is unsurprising that the material factual allegations might need refinement in the light of Mr Buzzoni’s defence. “

Disclaimer: This post “Alternative Analysis not Fanciful: Strike Out or Summary Judgment Not Warranted” is not legal advice and is not to be relied upon as such. No liability is accepted by the author or Oliver Elliot Limited for any reliance upon the same. You should seek independent professional advice on the facts of your case.