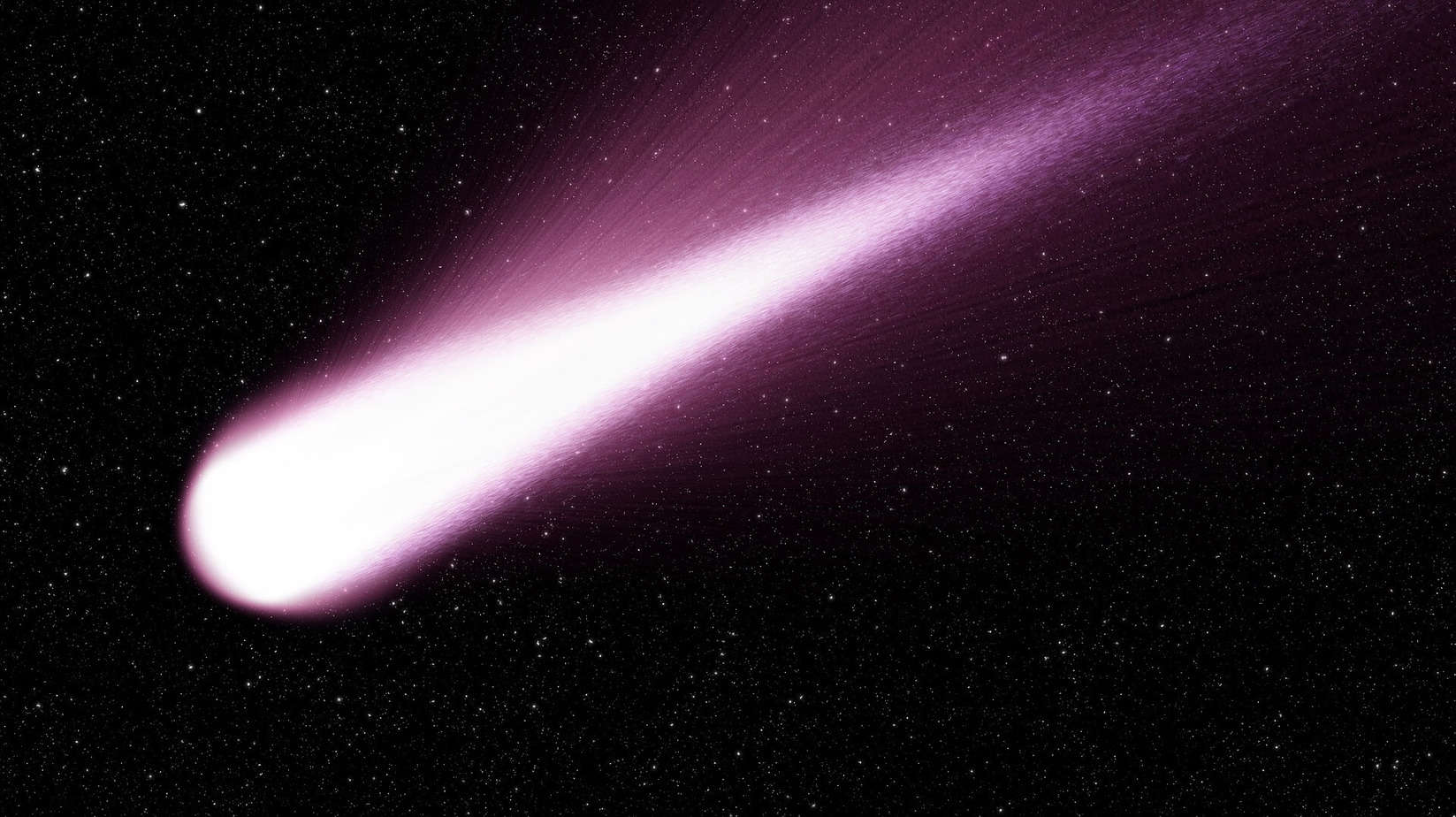 Comet, Confidentiality & Conflict. Now let me set you up for what is a piece of insolvency litigation that is as remarkable as it is fascinating.

My thanks to Marcia Shekerdemian QC for affording me a copy of the judgment in Khan v ICAEW [2018] EWHC 1378 (Ch).

It does not appear all that often that court proceedings have Insolvency Practitioner(s) listed as applicant and regulator as respondent. A notable occasion that springs to mind historically was the case of Mond v ACCA [2005] EWHC 1414 (Admin).

In this case the matter of Khan v ICAEW [2018] EWHC 1378 (Ch) came before Sir Nicholas Warren, hereinafter referred to as the Judge.

The ICAEW from the vantage point of the Liquidators, was said to be “interfering in the liquidation when they have no right to do so“.

The late Gabriel Moss QC appearing for the Liquidators advanced a submission that appears to have been rather rapidly disposed of by the Judge, where the Liquidators sought Directions to form their own view on prosecution of a protective claim (“the Protective Claim”) that had been issued. The Judge pointed towards the well known proposition articulated by Neuberger J in Re T & D Industries plc [2000] 1, that commercial decisions by office-holders are not to be thrust before the Court so that they can be made bomb proof.

The application was said by the Judge to be one therefore to protect the Liquidators in some way “from actions which the ICAEW might take against the Liquidators or which it might otherwise take in relation to the liquidation.“.

The Judge then said “It must be right that the risk of disciplinary proceedings would be hugely reduced, if not altogether eliminated, were I to make directions and if the Liquidators were then to act in accordance with such directions.”.

The ICAEW was said to be concerned about proper investigation of what was referred to as the HAL Debenture. The ICAEW investigation appears to have been sparked following a complaint received from the Head of Finance at Comet, Mr Walters, concerning the Administrators’ objectivity given:

Inter alia, the validity of the debenture was a matter that the ICAEW appears to have suggested warranted review.

Further complaints followed from the Insolvency Service about employee redundancies and Sir Vince Cable MP referred matters to BIS about a potential conflict of interest.

The BIS investigation did not lead to action against the Comet Directors but it seems that the Judge was not overly enthusiastic about the Liquidators suggestion that such an outcome might have constituted an endorsement of their investigations into the Directors: “The fact that no action has been taken following the BIS investigation is, in these circumstances, scant support for the conclusion that the Liquidators have done everything which they should.”.

The Judgment referred to a share purchase agreement where all the issued share capital in Comet was sold. The incurious mind would conceivably still have taken note of the Judge’s comment at paragraph 48 where he said “… I have not myself previously come across an occasion where the control of the contents of the minutes have been so far out of the control of the company’s own lawyers.“.

The Judge examined various Comet documents relating to the HAL acquisition and said: “... the Administrators carried out no investigation into them or tested any of the statements that gave the impression that Comet was being thrown a lifeline by the HAL acquisition, when, on the ICAEW’s case, that was anything but the case. The Administrators also carried out no serious investigation into why the directors were prepared to commit Comet to transactions that carried a very serious risk of administration with no, or negligble returns, to unsecured creditors, a situation which materialised in fact less than a year later…the ICAEW is also critical of the Liquidators’ approach to the conduct of the Comet directors… again a lack of investigations.“.

The ICAEW Skeleton Argument on the Office-Holders’ Investigations

The ICAEW skeleton argument is reported to have had the following features:

It is perhaps interesting to note that the disclosure of prior professional relationships on Form 2.2B referred in the original draft referred to Deloitte’s engagements by OpCapita and HAL but notwithstanding advice apparently from Counsel: “Correct or not, the effect of Mr Kahn’s instruction to remove the reference to engagements with OpCapita and HAL was that unsecured creditors had no way of knowing that Mr Kahn and his firm had had extensive involvement over many months with HAL. The interests of HAL were necessarily adverse to those of the unsecured creditors because less than a year previously HAL had taken security over the entirety of Comet’s assets without providing any money in excess of the £115.4m that had previously been advanced by KIL on an unsecured basis…“.

There appears to have been a further illustration of this. It seems in the Administrators’s Proposals, reference to a transaction was excluded in circumstances where it is submitted by the ICAEW’s Counsel that it was “utterly unacceptable for them to bend to HAL’s demand that the reference to the RF4 transaction be removed when HAL was not willing to confirm or deny that RF4 was connected“.

The proposition submitted by the ICAEW appears to have been that there was evidence the Administrators/Liquidators sought to further the interests of HAL, which were advanced at the expense of the unsecured creditors due to prior relationships.

The ICAEW identified a series of issues it felt warranted review, including but not limited to the following:

The dispute articulated by the Judge is that the Liquidators took legal advice and “armed” with it they acted in accordance with it. The ICAEW “overarching point” is that Liquidators’ approach is “flawed. They ignore their close relationship with HAL which has compromised their objectivity so that neither they nor their lawyers are competent to undertake the task of investigating whether the HAL Debenture is valid.”.

The ICAEW’s position then appears to have culminated in the following articulated position by the Judge as to the investigations said to be necessary:

“The Liquidators have made it clear, repeatedly, that they see no need for any further enquiries. Given the strong views of the Liquidators against carrying out any further investigation the ICAEW considers that they are hardly suitable candidates to do so: they are clearly incapable of bringing to bear the degree of professional scepticism that would be required for such an investigation, quite apart from their lack of independence which is said to be self-evident.”.

Now for the Liquidators, the position was that there was no point in further investigations, no reasonable prospect of success (either against the Comet directors or in establishing that the HAL Debenture is invalid) in respect of the Protective Claim they had issued. They said it would be a pointless waste of money to proceed, the costs of which would not get the requisite approval.

Mr Moss for the Liquidators said the ICAEW had

The Judge said however if there was a clear and immediate conflict of interest between company and liquidator or a decision made without property scruitny of the facts, then a case could exist for the Court to descend into the arena.

Interestingly the Judge concluded on matters of further investigations that “… for the Liquidators to contend that there should not be any further investigation because their commercial decision is not to conduct any further investigations, would be to beg the entire issue: it would be a classic bootstraps argument… there is much which needs to be investigated if the unsecured creditors’ rights are to be vindicated…. It will be enormously difficult for the Liquidators to assert the objectivity which must now be brought to the potential claims against the directors and HAL. The way in which the case has been presented to the Court has been to resist at every turn any suggestion that they have failed to do things which it would have been sensible to do and to put forward every conceivable point to demonstrate that every possible claim is in reality hopeless. Their position has the appearance of being entrenched.”.

The Judge said an independent third party needs to be appointed to investigate the claims potential against the directors or HAL. Such a person was to be a third liquidator interestingly referred to as a “(a conflict liquidator)” for that task.

The Judge dismissed the Liquidators’ application.