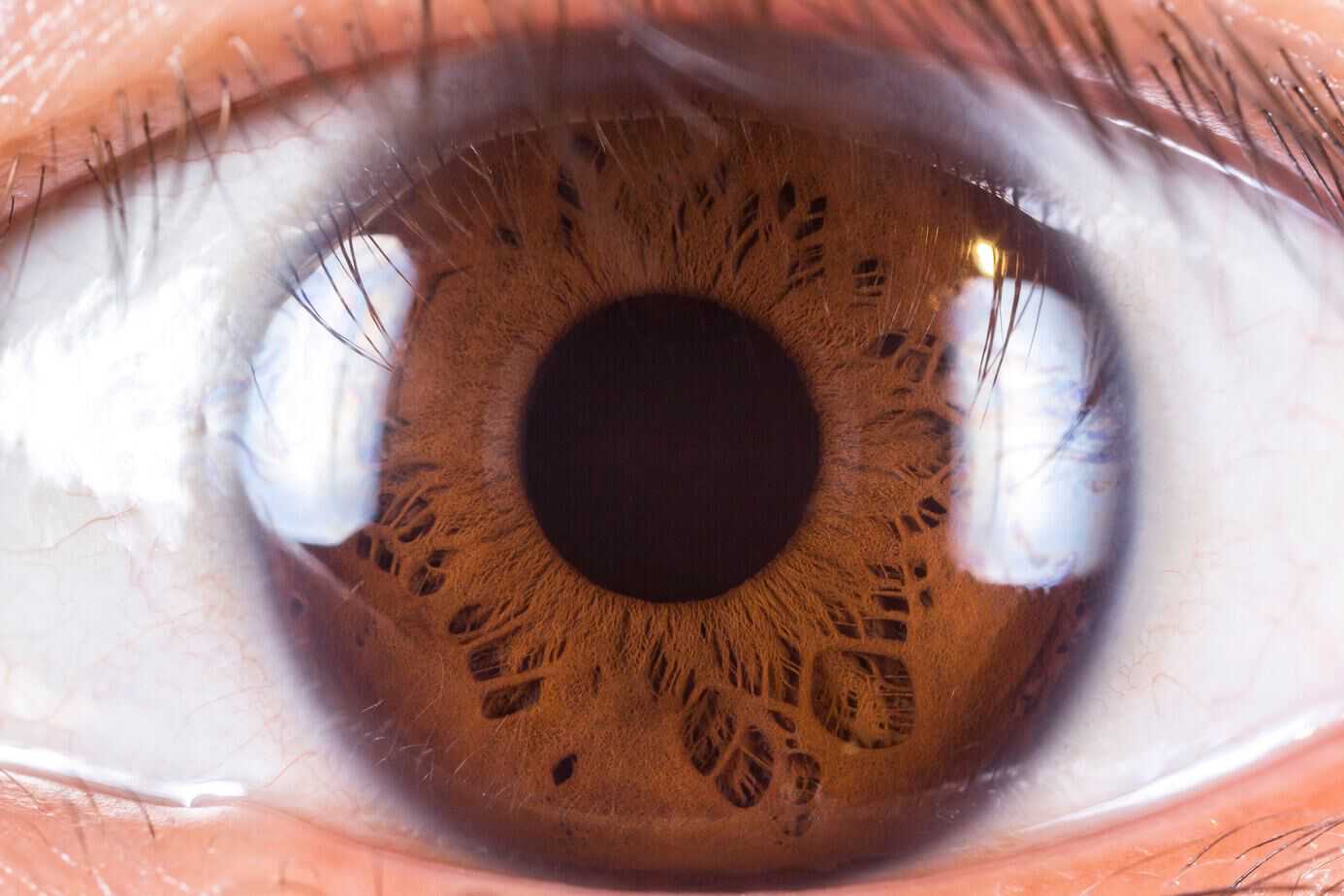 The removal of a Liquidator requires just cause. If the Liquidator has generally been honest and effective the Court is unlikely to remove him or her. It is not intended to be a process that can be undertaken with alacrity or necessarily with ease.

The Court has recognised that it is all too easy for another Liquidator to come along years later and say that he or she could have done a better job. A Liquidator should not have to constantly look over his or her shoulder with this in mind.

The removal of a Liquidator has to have in mind the purposes of the Liquidation.

The case of Re Core VCT plc [2019] EWHC 540 (Ch) was unusual in that the former Liquidators sought to remove the newly appointed Liquidators but after the former liquidators had been released from office.

There was an objection to the application for removal of the current Liquidators because it might have been seen to be an attempt to defeat investigations and raised concerns as to whether the purpose of the removal mirrored the purposes of the liquidation.

The Court appeared alert to a matter considered in Ex parte Sayer, In Re Mansel (1887) 19 QBD 679), of a person investigating their own conduct: “the thread of which runs through many of the points which I have to consider, and which stems from the unimpeachable notion that those interested in a matter will not have confidence in another person’s conducting an enquiry which relates to his own alleged wrongdoing which concerns that matter.” and when later referring to that case quoted from Lindley LJ: “One must indeed be blind if one did not see that the object of this was to prevent the investigation of Norton’s claim.“.

The Court refused the removal of the current Liquidators.

Notable extracts from the Judgment:

104. I accept Mr Curl’s submission as to the width of the court’s discretion under s108 of the 1986 Act, and that it is demonstrated by the authorities to which he referred. What I cannot accept is that cause for the removal of the Liquidators has been shown. When Fancourt J made an order for restoration, he inevitably had to consider the question of appointing a liquidator, as envisaged by para 6 of the Practice Note. He could not, in my view, properly have reappointed the Former Liquidators because of their conflicting interests and the need for their conduct to be investigated; I refer to the passage in Judge Maddocks’ judgment in Fielding v Seery which I have mentioned above when outlining Mr Sutcliffe’s Adverse Interests Principle. It would have been “against the interests of the liquidation” in the words of Cotton LJ, at page 304, in Re Adam Eyton. In that same case at page 306, Bowen LJ said that “due cause isto be measured by reference to the real, substantial, honest interests of the liquidation, and to the purpose for which the liquidator is appointed”. Fancourt J had evidence before him of the willingness of the Liquidators to act, and that has now been supplemented by evidence of their independence and absence of conflict. As such, they are duly appointed liquidators, and it is necessary for cause to be shown as to why they should be removed, in just the same way as it must in the case of any liquidator.

105. The applications under ss108 and 171 are made by Mr Fry and Mr Fakhry, both of whom, because of their previous functions in relation to the Companies, have clearly been identified as persons in respect of whose conduct there are serious questions which deserve investigation. As the Privy Council’s decision in Deloitte to which I was referred in the course of Mr Sutcliffe’s submissions demonstrates, an important question for consideration on an application under both section 108 and 171, is as Lord Millett put it,

“whether the applicant is a proper person to invoke the jurisdiction”; see page 1611B-D. In that case a company in Cayman was placed in voluntary liquidation. The liquidators began proceedings for negligence in respect of an audit of the company. The plaintiff was neither a creditor nor a contributory, but was a defendant to the negligence action. His application, under the Cayman equivalent of s108, was for an order for the removal of the liquidators, or to restrain them from acting, because of their alleged conflicts of interests. Lord Millett explained why the application would not be entertained at page 1611H:

106. There is another, and perhaps deeper, objection to the application for the removal of the Liquidators, and that is that it could be seen to be an attempt to thwart any investigation into the conduct of those who make it. This is a long-recognised concern in respect of such applications by persons whose interests directly conflict with the purposes of the liquidation. Another early case concerned with such a problem was Re Mansel (above) decided just days later than Adam Eyton in July 1887. In that case the largest proof in a bankruptcy had been lodged by one Norton. The trustee gave notice of a motion to expunge Norton’s debt. Various creditors who had bought up Norton’s debt gave notice of a meeting to remove the trustee. Lindley LJ said at pages 682-683:

“One must indeed be blind if one did not see that the object of this was to prevent the investigation of Norton’s claim. The registrar has made an order restraining the holding of this meeting until after the determination of the motion to expunge Norton’s proof, and, if there was jurisdiction to make that order, it is abundantly plain that it ought to have been made. I think there was jurisdiction either under s.72, or under s.65, or under both those sections, and that the registrar was right in finding some way of checkmating such dishonest proceedings.”

107. Similar considerations are reflected in numerous cases in the hundred and more years that have intervened since those two late Victorian decisions; many of them were referred to by Mr Sutcliffe when developing his Adverse Interest Principle. They include much more recent cases such as Fielding v Seery, Corbenstoke, and Raithata. I need not refer to them further. Such concerns are particularly pronounced in the present case where it is very much part of the case for Mr Fry and Mr Fakhry that the Liquidators should be removed and replaced by Mr Fry himself so as to restore the status quo ante.

108. There is no doubt that it is not necessary for the removal of a liquidator that there should be a challenge to his honesty, or his professional qualifications, or his experience; as Millett J’s judgment in Keypak demonstrates, adopting a relaxed, complacent attitude, and lacking vigour may be sufficient to justify removal. But as was observed by Neuberger J in AMP at pages 1001-1002:

“… if a liquidator has been generally effective and honest, the court must think carefully before deciding to remove him and replace him. It should not be seen to be easy to remove a liquidator merely because it can be shown that in one, or possibly more than one, respect his conduct has fallen short of ideal. So to hold would encourage applications under s. 108(2) by creditors who have not had their preferred liquidator appointed, or who are for some other reason disgruntled. Once a liquidation has been conducted for a time, no doubt there can almost always be criticism of the conduct, in the sense that one can identify things that could have been done better, or things that could have been done earlier. It is all too easy for an insolvency practitioner, who has not been involved in a particular liquidation, to say, with the benefit of the wisdom of hindsight, how he could have done better. It would plainly be undesirable to encourage an application to remove a liquidator on such grounds. It would mean that any liquidator who was appointed, in circumstances where there was support for another possible liquidator, would spend much of his time looking over his shoulder, and there would be a risk of the court being flooded with applications of this sort. Further, the court has to bear in mind that in almost any case where it orders a liquidator to stand down, and replaces him with another liquidator, there will be undesirable consequences in terms of costs and in terms of delay.”

117. I am satisfied that the evidence before me demonstrates that there are serious issues to be investigated in respect of the management of the Companies, and the conduct of their liquidations. It was therefore entirely just that they should be restored to the register. I consider that there was no failure of full and frank disclosure upon the making of the applications that were considered by Fancourt J in July of last year; the misstatement as to what had been mentioned to the Registrar was immaterial, and Fancourt J himself was clearly satisfied that it would be a satisfactory way forward for the Former Liquidators to be served with his order within 21 days from the hearing before him. The appointment of new liquidators was inevitable. The Former Liquidators could not sensibly be reappointed when the pressing task to be undertaken would include investigating their own previous conduct. The investigations need to be undertaken properly, and by someone whose independence is not in doubt. This was achieved by Fancourt J’s order. No good cause to remove the Liquidators has been demonstrated. It would not be appropriate to order a meeting of the Companies at this stage. Such meeting would not have the benefit of the proposed investigations, and there is, because of the voting power available to those whose interests are aligned against investigation, a real danger that proper investigation would be defeated. I am not satisfied that proceeding by way of a derivative claim is an available alternative as has been suggested on behalf of Mr Fry and Mr Fakhry, but even if it were, I would not be minded to conclude that it was an alternative which should be pursued rather than the course originally adopted by Mr Hussey and Mr Grattan and now pursued by the Liquidators.

118. In the circumstances, I shall refuse each of the Applications made by Mr Fry and Mr Fakhry. It remains for me to consider the Non-Party Costs Issue.

Close Menu
Call us for a free initial consultation