What is Wrongful Trading?

What is Wrongful Trading by a Director?

What is Wrongful Trading? Wrongful Trading is trading whilst insolvent without having reasonable prospect of avoiding insolvent liquidation. However, a Director is not necessarily liable for such loss caused if he or she took every step to minimise the loss. 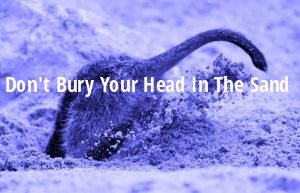 Two things need to happen therefore for a Director to be liable to creditors upon a company going into insolvent liquidation in such circumstances: 1) there needs to be a loss to creditors after the date at which the wrongful trading commenced and 2) the loss suffered by creditors was not minimised.

In most cases the company in question is already insolvent at the point when the foreseability of insolvency is deemed inevitable but it need not be.

A company that is not insolvent can still inevitably go into liquidation. An example would be a change of market conditions that leads to a company having no future.

With that in mind it is not inconceivable that a solvent company could be the focus subsequently of a wrongful trading claim by a liquidator but it would be the exception rather than the rule.

Wrongful Trading or Insolvent Trading: Which is the Unlawful Act?

So what is the difference between the two? There is no statutory recognition afforded to Insolvent Trading. Whilst undesirable in many instances it is not necessarily unlawful.

Wrongful Trading is an action that can only be undertaken by a person occupying the position of Director of a limited company.

That position of “Director” can be determined in a number of ways, being official (recognised at Companies House and in a company’s statutory register), de facto or shadow as set out in the Companies Act.

Wrongful trading is the act by Directors of a period of trading in which debts and liabilities are incurred and typically increase, whilst having no reasonable prospect of a company avoiding insolvent liquidation.

It is the action by Directors of accepting credit when it is highly unlikely that the same would be discharged due to the financial position of a company.

Are you insolvent? Check out the Oliver Elliot Solvency Calculator to find out.

What is Wrongful Trading Risk?

What is the risk? Well if you are accused by a liquidator of a company of Wrongful Trading then as Director you could be personally liable for the damage the company suffered during a period of Wrongful Trading – so do not do it!! If in any doubt take professional advice at the earliest possible opportunity.

Often such advice can be obtained without charge for an initial consultation with a Licensed Insolvency Practitioner.

What is Wrongful Trading Covid-19 Suspension?

Suspension of Wrongful Trading: Wrong Trade-off? The Government announced the suspension of the Wrongful Trading provisions with the following message on its website in a press release on 28 March 2020 – Regulations temporarily suspended to fast-track supplies of PPE to NHS staff and protect companies hit by COVID-19:

There appears little doubt that whether you support or dissent from the Government’s approach to tackling the Coronavirus that economic shockwaves are being felt. Just look at the High Street; the emptiness and absence of activity is there for all to witness when seeking to fill their shopping bag of essentials. Press reports are replete with suggestions that a substantial number of businesses will close which risks extending to a material proportion of the UK’s economy.
To address that position it appears the Government considers that suspension of Section 214 of the Insolvency Act 1986 (“Wrongful Trading”) will assist. Business Secretary Alok Sharma said:

Today’s measures will also reduce the burden on business, giving bosses much-needed breathing space to keep their workers employed and their companies going.

However, how will suspension of Wrongful Trading provide a breathing space? It sounds positive and a useful suspension to deploy but on closer inspection can it work as it appears to have been publicly promoted? We are right to speculate about it because the Government was quick to make its seemingly opaque plans public but it seems arguably rather short on the specifics.
In short, it appears to be an unfashionable claim to bring. It is considered expensive, difficult, risky and very time-consuming. Insolvency literature is replete with reference to it and whilst the consequential publicly reported court cases do ascertain considerable prominence, they do not appear as voluminous or as routine as claims for antecedent transactions, misfeasance and unlawful dividends.
With that in mind, it is perhaps remarkable that the Government has sought to focus on it given the extent of its reach relative to other more widely litigated liquidator claims. It appears to me to be a public relations proposition given many Directors may be aware of the existence of wrongful trading but perhaps not so aware of the number of such claims issued.

What is Wrong with Wrongful Trading?

Wrongful Trading is not the same as obtaining credit by deception but a Director has a duty to creditors whilst promoting the company’s success. Section 172(3) of the Companies Act 2006 spells this out:

The duty imposed by this section has effect subject to any enactment or rule of law requiring directors, in certain circumstances, to consider or act in the interests of creditors of the company.

Obtaining credit by deception takes many forms such as Fraudulent Trading which is set out in Section 213 of the Insolvency Act 1986. But this is not Wrongful Trading.
A distinction is that Wrongful Trading requires no finding of dishonesty but a reasonable Director in compliance with their Director Duties will not usually engage in such wrongful acts as Wrongful Trading.
The general issue at large as to what is the ‘wrong’ or what is wrong with Wrongful Trading, was notably promulgated by the late Gabriel Moss QC in Insolvency Intelligence in 2017 in his article “No compensation for wrongful trading – where did it all go wrong?“

… directors should be deterred from causing debtor companies to take on liabilities which they have no reasonable prospect of paying. If that occurs, then subject to the statutory criteria for liability, compensation should be available for creditors whose debts have been wrongfully incurred

Does it not remain rather undesirable in continuing to trade for a company to accept credit and take on liabilities that they have no reasonable prospect of discharging, whenever such an event arises?
I cannot see any justification for a company shifting a loss onto another company save if indeed there has been full and frank disclosure of such a prospect arising and with prior agreement.
Of course, the company causing such a loss may well plead that there was never any intention to cause a loss but the requirement to avoid it however arises when someone ought to have known that it was an inevitability.
The Government says that it is looking to provide businesses with a breathing space to keep their employees and their companies going. Does that mean we should sanction wrongful acts?
Suspension of Wrongful Trading is conceivably undesirable because firstly, a wrongful act arguably should not be suspended – as a matter of principle. It may risk perception of affording a rogue trader the conceivable right to roam unchecked and unfettered – at least during the period of the suspension. What message does it send out to Directors?
The creditor who suffers due to the Wrongful Trading of a Director who ought to have stopped trading sooner would rightfully feel aggrieved save if he was compensated by the government expeditiously. If it was to go further and then subsequently cause the customer’s business to fold also, then the Government will through its own policy be at risk of not only sanctioning a wrong but also through doing so, it risks making a problem worse. It risks the prospect of passing a parcel of debt around. In doing so there could be businesses that are hit much later down the chain that might not be in a position to take advantage of the wrongful trading suspension.
Secondly, it actually does not appear to create a breathing space by safeguarding jobs or companies; it merely reduces a liability which may arise. The rationale for that proposition is that suspension of Wrongful Trading from a particular date is not suspension of Wrongful Trading per se. It is inherent that liquidation is inevitable for Wrongful Trading to arise in the first place so it is axiomatic it does nothing more than put off the inevitable. It is perhaps ironic that Wrongful Trading as a provision is one rooted in avoidance of putting off the inevitable.

The question is should we sanction the consequences of a wrongful act to seek to alleviate the current economic pressures by making it permissible for someone to cause loss to another?
Does that not send the wrong signals out to the business community? Does that not infringe the cardinal principle that a wrong ought to have a remedy?
If the Government wanted to relieve some of the symptoms of its Coronavirus policy for businesses, then rather than a suspension of Wrongful Trading there are many options available to it besides sanctioning of the wrongful act on another.
It is worth perhaps remembering that Wrongful Trading was put on the statute book to deal with a very real problem that was considered inherently undesirable which other laws did not adequately address due to the very high threshold for Fraudulent Trading.
If you have a concern about Wrongful Trading that you want advice on contact our CEO, Elliot Green on 020 3925 3613 or Contact Us for a Free Initial Consultation.
Resolve Your Wrongful Trading Concerns

It’s our response that makes us different.