Assets on the Balance Sheet

Balance Sheet Assets: Re Charlotte Street Properties Ltd [2019] EWHC 1722 (Ch) was a case that seemed to suggested that an asset on your company’s balance sheet is likely to be a reasonably good indication of some form of ownership even if the legal title to the asset is held by a Director personally. 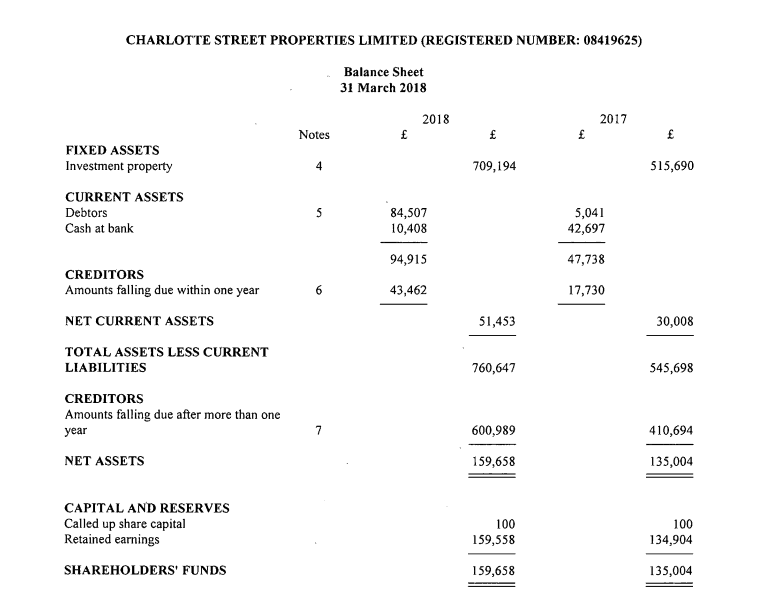 “The Properties were treated as assets of the Company in its annual accounts. No doubt this was on the footing that NEL’s rights had been assigned to the Company and beneficial ownership had thus passed from NEL to the Company. Mr Ezair would have acted in his capacity as a director of NEL and, if he was not a de facto or shadow director of the Company, he plainly had a measure of control over its affairs. However, in his personal capacity, he was the legal owner of the Properties and in that capacity he acted as trustee and acknowledged the Company’s beneficial interest. In my judgment, Mr Ezair is thus estopped from denying that NEL’s rights under the 1999 Agreement have been assigned to the Company and that, following assignment, the Company is entitled to exercise NEL’s rights under the 1999 Agreement, including its right to serve notice fixing the completion date.”

It is worth remembering what is signed when you sign a company balance sheet; you are in effect affirming that the information shows a true and fair view.

The case was brought from the point of view that Section 234 of the Insolvency Act 1986 could be deployed to get in the assets.

The case was the subject of an appeal being the matter of Ezair v Conn & Anor [2020] EWCA Civ 687. Lord Justice Patten appeared to suggest that Section 234 of the Insolvency Act 1986, being a summary procedure could not be deployed to resolve a contractual dispute and dismissed the Section 234 application:

Section 234 creates a summary procedure whereby the office holder in his own name may seek the transfer of company property to him. Although the entitlement to such an order will depend upon the company’s apparent rights to the property in question and the judge will have to resolve any dispute about entitlement raised by the respondent in the proceedings, the purpose of the power conferred on the Court is and remains as Lord Hoffmann explained in Smith (Administrator of Cosslett (Contractors) Ltd) v Bridgend County Borough Council [2001] UKHL 58 at [26]-[28] that of enabling the office holder to carry out his statutory functions by placing the apparent property of the company under his control. This process does not therefore necessarily involve any determination of title and the final resolution of such a dispute may fall to be made in subsequent proceedings.