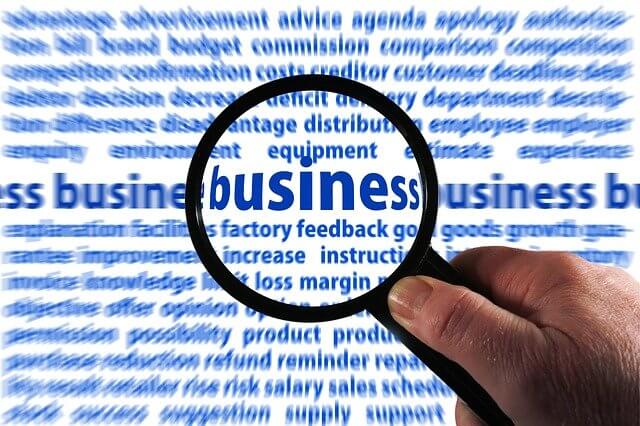 A Liquidator’s Investigations – Cannot Get What Someone Does Not Have Or Can You?

By Elliot GreenMarch 30, 2021No Comments

Are you a director or creditor of a company in liquidation?

If you are a director or a creditor of an insolvent company, Oliver Elliot can help you address your claim and concerns arising from the insolvency and a liquidator’s investigations.

What Is A Liquidator?

How To Prepare for Voluntary Liquidation

How To Appoint A Liquidator

How To Remove A Liquidator

A Liquidator’s investigations should gather information and assess the discoveries on an impartial basis, adopt caution towards conclusions founded on the basis of incomplete evidence or unsubstantiated opinions and re-evaluate it as the investigation progresses.

The principle highlighted above was referred to in the case of Hellard & Anor v Graiseley Investments Ltd & Ors [2018] EWHC 2664 (Ch).

The judge made the following notable remark about the Liquidators’ investigations when getting out of the starting blocks in this part of the judgment:

All the Respondents made submissions about what they said was the lack of thoroughness of the Liquidators’ investigations.  At one point at the start of the trial Counsel for Mr Arnison sought to elevate the complaints to the level of a substantive defence to the claims, in the nature of abuse of process.  I ruled that that would require an amendment to the pleadings, which was not sought.  But the complaints about the investigations remain in play for the purpose of undermining the reliability of the Applicants’ evidence.

How Far Can A Liquidator’s Investigations Go?

A Liquidator might look to enlist the Court’s assistance if he or she considers there ought to be other company records other than those handed over by the Directors. However, they might be legally advised that the Court is unlikely to order the production of documents that are said either to not exist or which someone says that they do not have. What about when they are said to exist but then the same person, later on, says that they have produced everything?

The judge did not appear to accept the position put forward by the Liquidators in Equitable Law Capital that they could not go behind the Witness Statement of Respondents who had said they had provided everything in the form of company records because:

A Liquidator’s Investigation Should Focus On The Accounting Records

In this case, a questionnaire from the registered director submitted to the Liquidators confirmed that the company had kept various accounting records. The judge seemed a fraction surprised that the Liquidators had not secured the same when saying:

Further, questions 41 to 43 of the Questionnaire identified that ELC had kept accounting records and that statutory records and a minute book had been kept. These should surely have been the first port of call, but Mr Biscoe did not secure them.

A Liquidator’s Investigation Should Obtain All Available Records From Directors

This seems to have been a point made by the judge when noting that there might have been a disparity between who the Liquidators focused on obtaining records from:

The Liquidators used more care and energy over getting in the documents of the other Respondents than they did of the Milners. They did not obtain Lillie Milner’s computers or telephones or the documents identified in Graham Milner’s Questionnaire and they did not use their compulsory powers under s. 236 IA86 (which they did with David Clarkson).

The Way Emails And Information Was Provided

It appears that emails were provided in a curious manner whereby one of the Respondents forwarded the emails to herself, printed them and then provided them to the Liquidators. The Liquidators it seems accepted this instead of what the court referred to as:

Rather than getting complete electronic repositories of documents from Lillie Milner, or at least intact copies of the originals with metadata…

In a similar vein, Lillie Milner provided text messages by taking screen shots and giving those to the liquidators, rather than giving access to the complete (relevant) contents of her phone.

Both of these raised the possibility that Lillie Milner could give over materials that were selective, or redacted, or tampered with. I have already said that I think she had the potential positive motivation to try to cast the blame elsewhere.

No adequate justification for this approach was given.

Further Points Raised By The Judge About The Liquidators’ Investigation

The following further points were raised in the judgment about certain issues and the rationale for not obtaining a witness statement from one of the Respondents:

74. In cross-examination of Mr Biscoe, Counsel for Mr Arnison made a powerful case that Mr Biscoe simply accepted valuations of the Milners’ properties provided by them, and that those valuations were obviously too low. There was also questioning about the Milners’ mortgage with an offshore company of unknown ultimate beneficial ownership, although I found that less clear.

75. This is not of direct relevance, in my view. It is entirely possible that the Milners just out-negotiated Mr Biscoe who settled too low. But it does somewhat emphasise the impression, which is more relevant in relation to the way the Milners gave disclosure, for example, that Mr Biscoe yielded too easily to Lillie Milner.

76. In cross-examination Mr Biscoe simply said, as was often the case, that he acted on advice in not getting a witness statement from Lillie Milner. He provided no explanation of substance.

77. However, when the matter came up in oral argument, as it was bound to do, Counsel for the Applicants offered an explanation. It was phrased as a possible hypothetical reason for not obtaining evidence from Lillie Milner, but it was fairly obvious that it was intended to provide the actual explanation without too-obviously being evidence from Counsel. The explanation was that evidence had not been obtained from her because it was thought that because she was a “professional liar” she would not be believed.

78. This explanation was a fairly obvious one and had already occurred to me. The difficulty is, of course, that it undercuts still further the reliance that can be placed on the documents she provided, as to the way they were selected or as to whether they might have been meddled with.

If you have any questions in relation to A Liquidator’s Investigations – Cannot Get What Someone Does Not Have Or Can You? then Contact Us as soon as possible for advice. Our expertise is at your fingertips.

Disclaimer: A Liquidator’s Investigations – Cannot Get What Someone Does Not Have Or Can You?